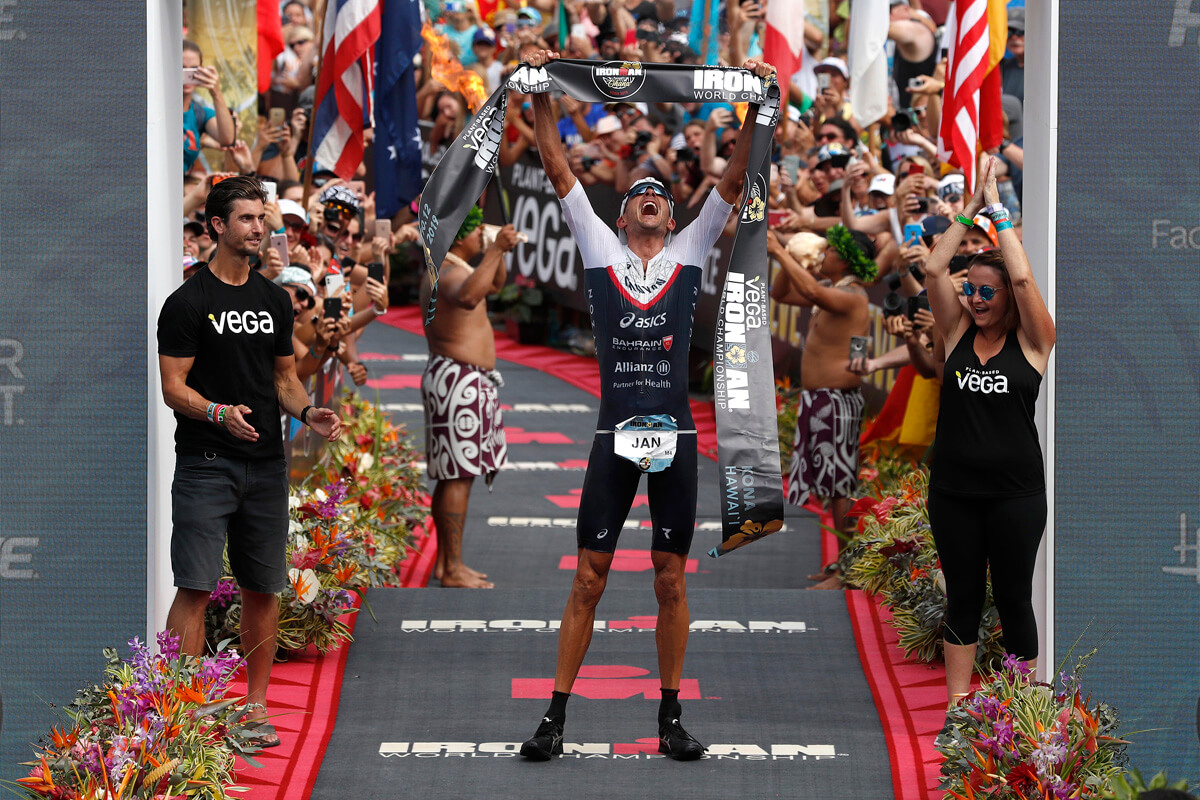 Five world championships number among the 45 wins the team has collectively amassed in 2019, making it the most successful year yet for Bahrain Endurance 13.

Five years ago, His Highness Shaikh Nasser Bin Hamad Al Khalifa had a vision to establish the Bahrain Endurance 13 Team as world title contenders to bring a culture of health, wellness, and endurance sporting excellence to the Gulf region and beyond. In 2019, the team locked down the world titles for triathlon, long-distance triathlon, paratriathlon, Ironman 70.3, and Ironman, truly becoming a force to be reckoned with in endurance sport.

Freshmen on the team roster brought in two of those world titles. Hot off his triumph in February as Super League Triathlon series champion, Vincent Luis proceeded to have a breakthrough year on the World Triathlon Series circuit to clinch the top spot in the world rankings. In doing so, he became the first Frenchman to hold the title of ITU triathlon world champion since the series format began in 2009. He also broke a six-year Spanish stranglehold on the title (Javier Gomez 2013-2015, Mario Mola 2016-2018).

After winning the ITU Grand Final in Lausanne, Lauren Parker claimed her first paratriathlon world champion title  to cap what has been a dominating year in only her second full season of racing in adapted sport.

Jan Frodeno’s laser focus paid off when he scored his third Ironman World Championship title and scorched the Kona course with a new record of 7:51.13, finally laying to rest the demons and doubt from his 2018 injury.

Kona was also where Alistair Brownlee raced his first full Ironman (having qualified at Ironman Cork where the swim had been cancelled). In the mix on the swim and bike before fading badly on the run, Brownlee took the lessons learned and won Ironman Western Australia, breaking the previous course record by six minutes and booking an early ticket back to Kona 2020.

Daniela Ryf raced a tough course and a highly competitive field at the Ironman 70.3 World Championship in Nice, but still came away with the win and an historic fifth Ironman 70.3 world championship title. Though in Kona she could not defend her title and fought through illness to cross the finish line, at that point the Swiss star had already had a remarkable year with two regional Ironman championships (North America and Europe) under her belt.

Holly Lawrence battled Ryf for the Ironman 70.3 world title, but while she settled for second she had pushed her teammate to perform at peak. The British athlete also claimed four Ironman 70.3 regional championships (North America, Asia Pacific, Europe, Middle East), proving her will to win around the world.

Javier Gomez has been racing the ITU circuit all year and is gunning for Olympic selection for the Spanish triathlon team. But he took the long-course skills and fitness earned from racing Ironman last year and put it towards winning the ITU Long Distance World Championship, adding another to his collection of world titles.

There were more high points for the other Bahrain Endurance 13 athletes. Ashleigh Gentle successfully defended her Noosa Triathlon title for the sixth consecutive time and historic sevent win. Vicky Holland placed third in the Tokyo test event and was the top-placed British athlete after Jessica Learmonth and Georgia Taylor-Brown were disqualified for crossing the finish line in first holding hands. Terenzo Bozzone had overtaken Gomez at the ITU Long Distance World Championships to be first off the bike, ultimately finishing seventh. David Plese placed second at the Ironman North American championship and qualified for Kona for the fourth consecutive year since he joined the team. And finally, His Highness Shaikh Nasser made a comeback to racing, signing up and finishing his home race Ironman 70.3 Middle East Championship Bahrain on four weeks’ notice.

2020 is just over the horizon, with the Tokyo Olympic Games and Paralympic Games as well as Ironman in the team’s sights. The goals are lofty; the vision remains the same.