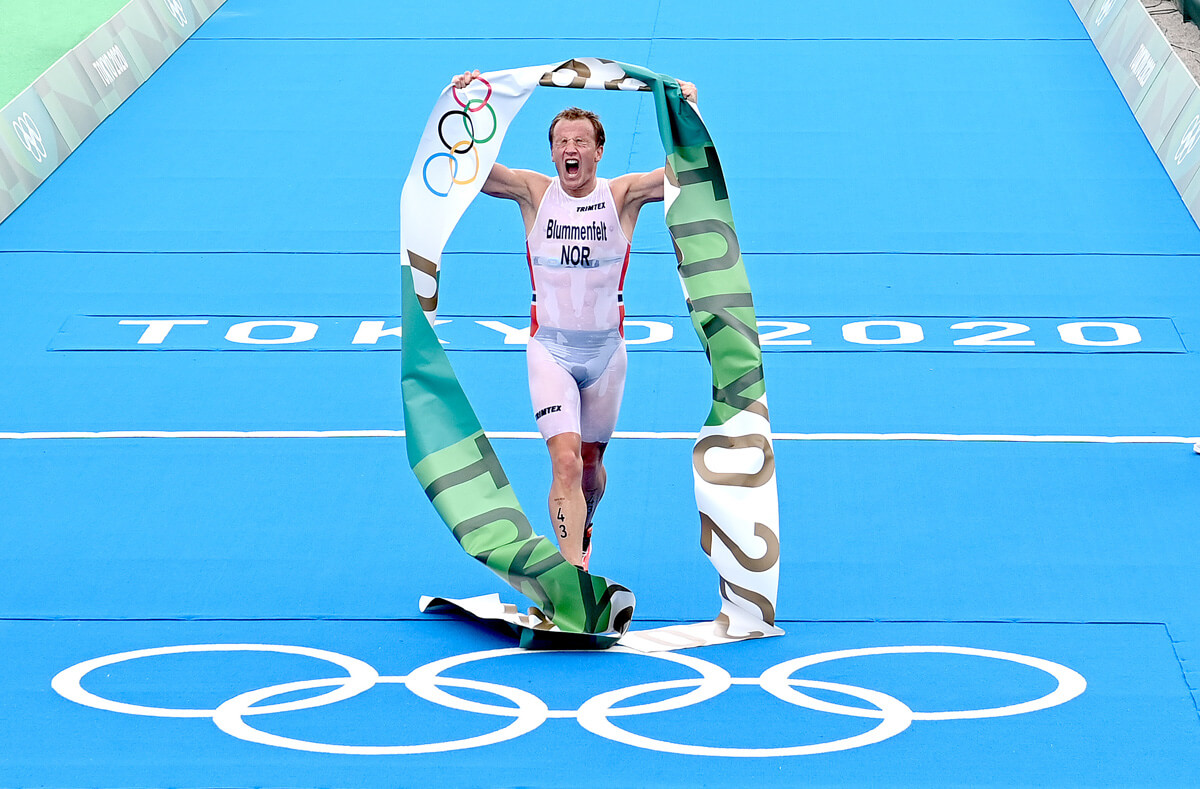 An historic year for BE13

In a year celebrating the return of sport and competition, the Bahrain Endurance 13 team has once again dominated and made history with three world titles, Olympic gold and bronze, Paralympic silver, and full distance records broken not just once, but twice.

The Olympic and Paralympic Games in Tokyo were the realisation of nearly half a decade of dreaming, planning, training, and racing to compete for the most coveted medal in all of sport. Eight BE13 athletes toed the starting line: Javier Gomez, Vincent Luis, Kristian Blummenfelt, Henri Schoeman, Tyler Mislawchuk, Vicky Holland, Cassandre Beaugrand, and Lauren Parker.

Blummenfelt claimed a well-executed victory in the men’s individual triathlon, achieving his childhood dream as well as making good on a promise brashly made to become Norway’s first triathlon gold medalist. Luis fought back from injury to join Beaugrand and the French mixed relay team to win bronze, the nation’s first-ever Olympic medal in triathlon. Parker completed the collection of medal metals with silver for Australia in the Paralympics she had targeted since making the transition to paratriathlon in 2017.

But this was only the beginning for Blummenfelt, who went on a tear of racing to become the first man to win Olympic gold, a World Triathlon championship, and an Ironman in the same year. Similarly, Parker raced fearlessly post-Tokyo to become the Ironman 70.3 world champion and the World Paratriathlon world champion, achieving this even after sustaining third-degree burns on her feet.

Beyond the titles, our champions have also pushed the boundaries of endurance. Lawrence racked up a win at Ironman 70.3 Des Moines, then flew to Denmark to take second at the Ironman 70.3 European Championships in Elsinore the following week. David Plese raced three Ironmans in one month in Germany, Denmark, and Switzerland, notching sub-8 hour finishes and new personal bests in the latter two.

None were more disappointed in the postponement of the 2021 Ironman World Championship than Frodeno, who had begun his season with wins at Challenge Miami and Challenge Gran Canaria. But he then proceeded to put on his own show with the Tri Battle Royale. His 7:26:46 on the German Triathlon Federation-certified course set the new fastest time over the full distance of triathlon, breaking the previous one he had set by a full 7 minutes and 46 seconds.

That record stood for four months until Blummenfelt raced his maiden full distance at Ironman Cozumel. He not only won it, but also set a new fastest time over the distance: 7:21:12.

Bahrain Endurance 13 team CEO Chris McCormack says, “In 2022 we’re going to stay true to our roots as an Ironman team that’s pivoted across to short-course racing… We want those world titles at Kona; it’s where we made our name and it’s what our goal was from the beginning.

“The vision of Bahrain Endurance 13 was a product of His Highness Shaikh Nasser Bin Hamad Al Khalifa. I know he follows the progress of all our athletes. It’s been a long journey and I’d like to thank him personally for the remarkable last seven years. ”

With its stable of Olympic medalists, world champions, and rising stars racing to win major triathlon titles and promote a culture of health, wellness and endurance sporting excellence across the Gulf region and beyond, the Bahrain Endurance 13 continues to be the vanguard and benchmark of success in the sport of triathlon.