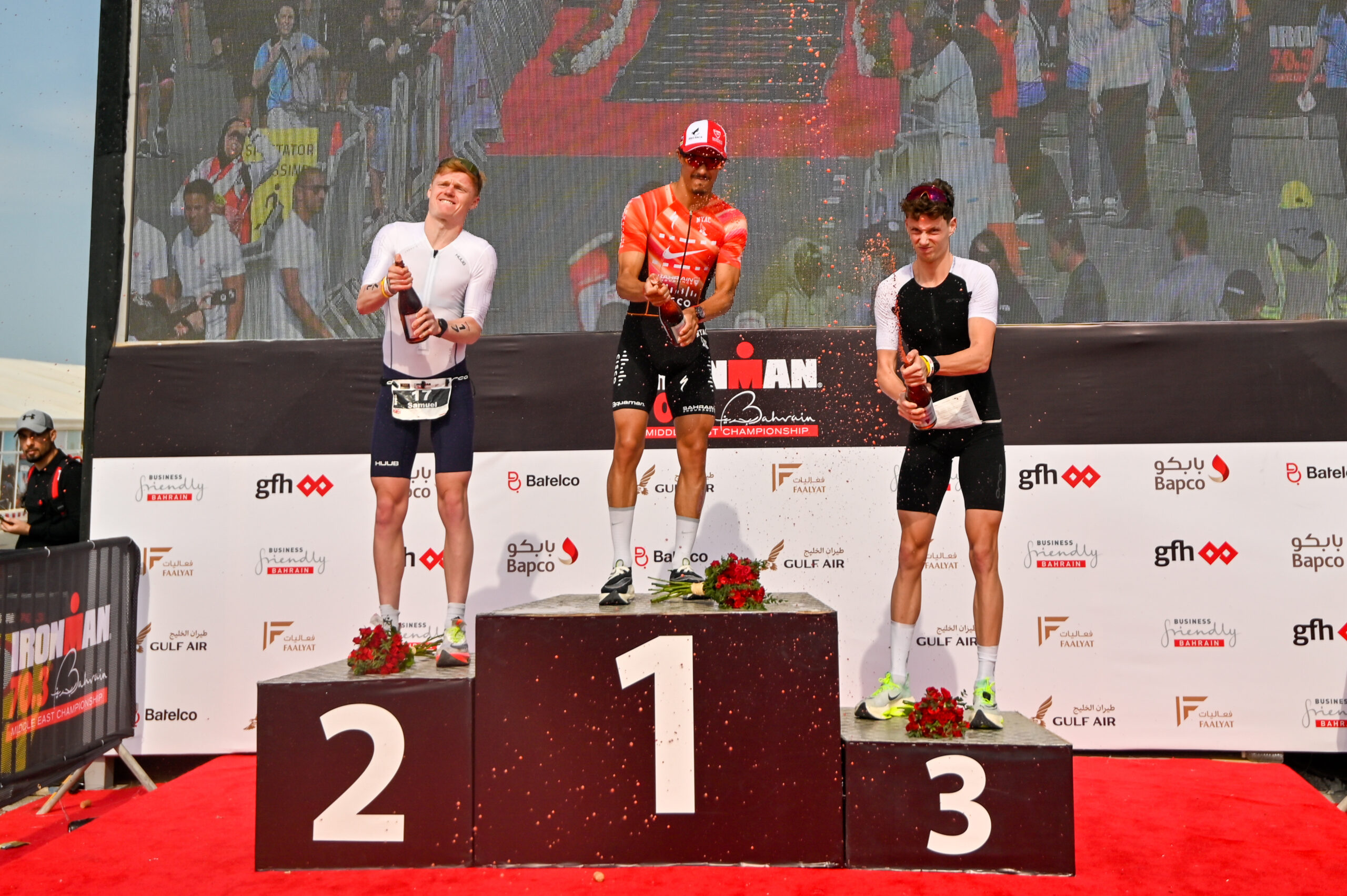 Vincent Luis clinched the win at his first-ever Ironman 70.3 Middle East Championship Bahrain, bearing the colors of the Bahrain Victorious 13 team as he crossed the finish line.

The Frenchman backed up from his Clash Daytona triumph a mere five days ago to claim two peerless consecutive victories. After temporarily losing his way on the 1.9-kilometre swim, he made up the extra distance to still emerge first out of the water and into the lead group throughout the 90-kilometre bike leg. Biding his time, it wasn’t until the start of the half marathon that Luis began consolidating his lead to build to nearly two minutes’ advantage by the time he broke the finish tape.

“It was a good race, I was a bit confused during the swim and went too close to the shore so I had to go around, but no harm, that was still a good start,” said Luis post-race, noting he still prefers the shorter races. “On the bike on the way out I was thinking about holding my position… on the way back I was thinking about what I’ll have for lunch, just trying to make my mind believe and hold on.”

Holly Lawrence had a good start to her title defense, coming second out of the water and soon taking control of the front on the bike. Having built a six-minute lead but unfortunately led the wrong way on the back half, she hopped off the bike in fourth place, 90 seconds in arrears. She held on to finish in the same position.

His Highness Shaikh Nasser Bin Hamad Al Khalifa powered through his team’s bike leg after his brother HH Shaikh Khalid kicked things off on the swim. HHSN rode the team into podium contention, then handed off to Kristian Blummenfelt who finished the job.