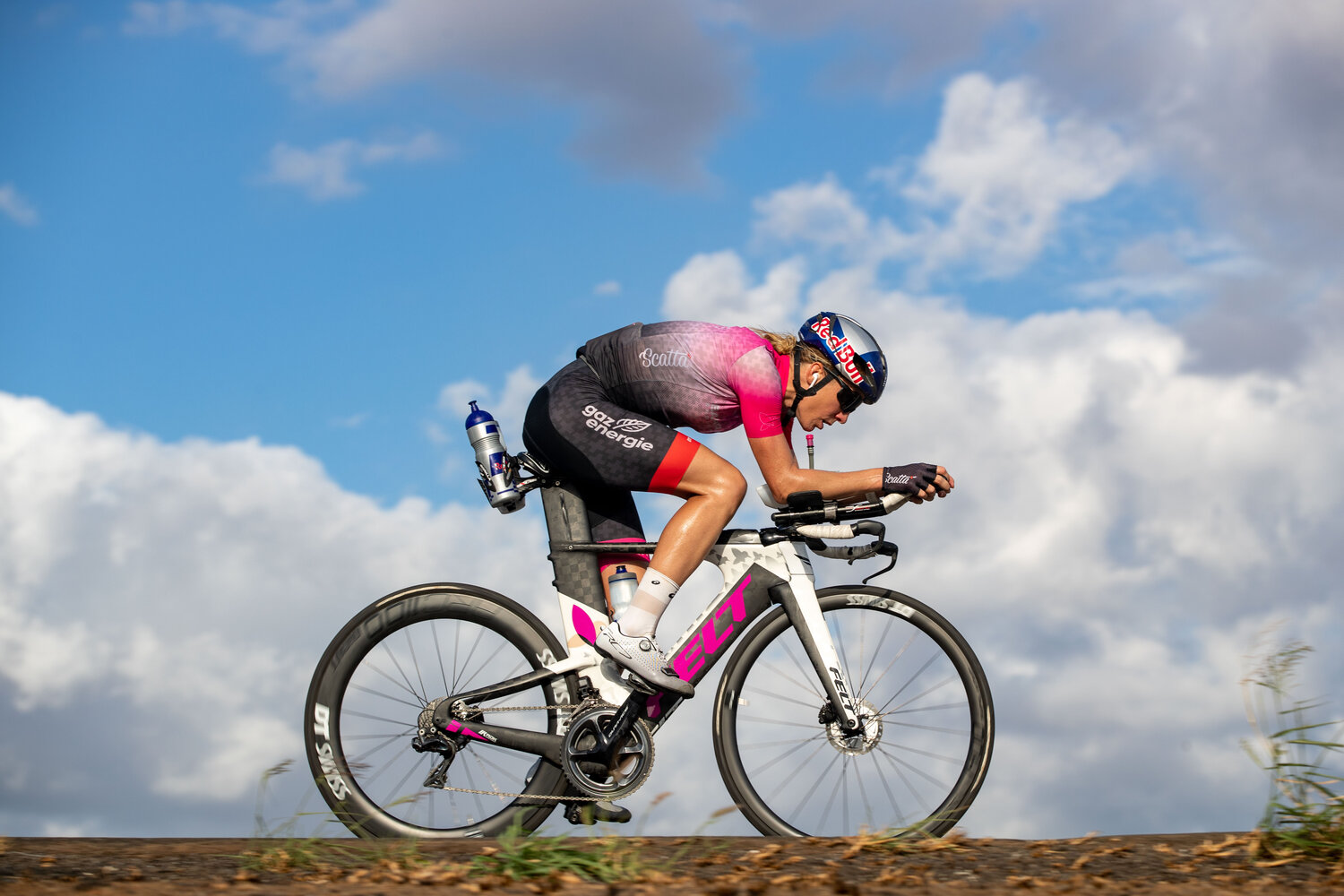 BE13: Pushing the boundaries of endurance

2020 would have been an exciting year for triathlon with the Tokyo Olympic and Paralympic Games, Ironman World Championship, and Ironman 70.3 World Championship optimally scheduled through the latter half of the year. Fans salivated over the prospect of seeing short-course athletes go for the longer distances post-Olympics and some very talented athletes possibly attempting to win all three crowns.

This year could have seen very fast times; the trend has been to set new world and course records in the past few years due to the quality of athletes and the high level of competition. Bahrain Endurance 13 members own a few of these records: Jan Frodeno holds the full distance world record (7:35.39) and set a new course record in Kona last year (7:51.13); Daniela Ryf set the current Kona record in 2018 (8:26.18); Kristian Blummenfelt set a new 70.3 world record in 2018 and then broke it again last year (3:25.21); and Alistair Brownlee last year went 7:45:21 to break the Ironman Western Australia course record that Terenzo Bozzone had set in 2016 (7:51.56).

Unfortunately that was not how the year unfolded, with Tokyo postponed to 2021 and Ironman recently announcing that the Ironman World Championship and Ironman 70.3 World Championship can no longer take place. But with this setback, athletes will be all the more focused on the 2021 race season, potentially pushing themselves and fellow competitors to faster times — perhaps new records.

“I think with more and more ITU athletes stepping up to middle distance, I see the times in Ironman and 70.3 getting faster,” says Javier Gomez. “We’ve seen it in the last few years: each race is faster, each world champion is faster. It’s pretty exciting and we haven’t reached the limit yet.”

Ben Kanute, who has shown his versatility racing ITU and 70.3, notes, “We’re approaching the benchmark of trying to get under 3:20 for the men and 3:50 for the women. With more and more fast athletes pushing each other at the front of the race I think those half ironman times will continue to fall.”

Terenzo Bozzone agrees that the new breed of athletes coming through contributes to even Ironman racing getting faster. He counts Jan Frodeno’s performance in Kona last year as a new benchmark for Ironman, getting swim, bike, and run performance to peak all on the same day. “Sub-8 in Kona was always that elusive number. To replicate that would be a big achievement.”

As times dip ever lower and a Sub-8 for the men is no longer the rarefied achievement it used to be just over 20 years ago, the women have also continued to push finish times further below 9 hours. While Daniela Ryf came just over four minutes shy of setting a new ironman world record in 2016 (8:22.04), she has led the charge among the women to narrow the finish time gap between the men’s and women’s fields. Bozzone says, “On a lot of races the women beat half the men’s field. I think Daniela on a good day when everything lines up for her can break 8 hours.”

Alistair Brownlee says it’s only a matter of time. “I think a Sub-8 Ironman by a woman is definitely much more achievable than a Sub-7 by a man.”

But could Sub-7 be the new target to aim at? Kanute says, “That is incredible fast. I think we first have to start looking at a 7:30 Ironman, but people were once looking at the cut off of 8 hours. Now we have 7:40 and guys going under 7:40. It’s just pretty incredible how fast those times are going. Seven hours is quite the benchmark to hit, but never say never.”

Brownlee breaks down what one would need over swim, bike, and run to set a time that’s over half an hour under the current record. “If you think as fast as you are going to swim is about 45min, if you run a 2:30 marathon you’ve got 3:15 there. So you’ve got to do the bike in 3:45 — but that doesn’t give you much room for maneuver so you go for 3:40. You’re looking at an average speed of 50kph which I don’t think anyone is capable of holding on their own for a race. But if you alter the factors I think it’s definitely possible.”

Gomez says, “Why not? It could be a good challenge. It would have to be perfect conditions (course flat with no wind) and draft-legal so that a team of riders working for the leader can ride at 50 kilometers an hour, then run a sub-2:30 marathon.”

Bozzone concludes, “I think there are limits to how far you can go, but I think we’re far from that limit still.”

With burning ambition and a thirst for competing against the world’s best driving them, it’s not a question of whether a Bahrain Endurance 13 member can set a new world record. It’s a matter of when that will come to pass.