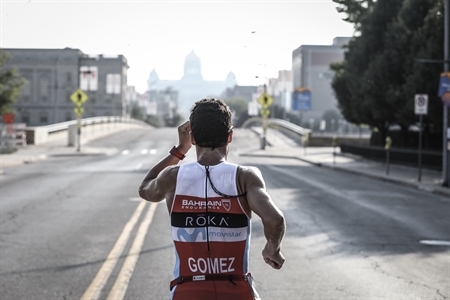 BE13 team take on the world in South Africa

Ryf is vying for her fourth world championship over the distance, after rumors earlier this year she would forsake it to focus on another Ironman world title in Kona. But the Swiss speedster has been unstoppable across distances short and long, only giving the professional field some breathing space during her coach-prescribed sabbatical through the first half of the year. Upon return to racing she was even fitter than before, snatching a win at Ironman 70.3 Switzerland before a course record at Ironman Frankfurt and a bike split only 12 minutes slower than Jan Frodeno’s over 180 kilometers. Ironman 70.3 Gdynia was a world record over the distance in 3:57:54, with a scorching 1:17 run.

Her triple-threat ability to set any race’s rhythm through the swim, bike, and run, and her knowledge of the course and its conditions as a previous Ironman South Africa champion give her an advantage over the field.

Ryf says, “I really enjoyed last year’s World Championship course in Chattanooga but it will be quite a different race in South Africa. It can be windy as the bike route leads partly through the mainland and then heads back along the coast where the wind picks up. It’s also hilly, which is good for me and then the run is quite flat, which means it’s hard and fast. I’m looking forward to a great race with some top competitors.”

This will be Gomez’s first year focusing purely on racing 70.3 and longer, as the Spaniard has finally answered the Ironman calling with a credible runner-up finish in his maiden attempt in Cairns. Should he take the crown on Sunday, he will be the first man to win the Ironman 70.3 world title more than twice, marking his dominance over the distance. He says, “I look forward to see how my body responds after the big training load of the last few weeks. I expect it to be one of the most demanding races of the year due to the top-level athletes racing it.”

This is a field he has not faced the likes of this year, with longtime nemesis Brownlee also on the start line. Except for when injury keeps him from the starting line, Brownlee has not lost an Ironman 70.3 race yet. He is known to put on the most brilliant single-day performances when he needs to. His two Olympic gold medals for Great Britain attest to that.“I’m really looking forward to racing in Port Elizabeth. It’s been my focus for the year,” he says. “I would have liked another couple weeks of training under my belt, but I’m happy with where I’m at. It’s good to be on my first long distance World Championship start line.”

And then, of course, there is Frodeno. It has been 10 years since the German won his Olympic gold medal, and since then no prize in triathlon has eluded him. The past two seasons have seen him skip racing in Mooloolaba and Chattanooga in favor of single-minded preparation for Kona, but not this year. Not when the race has attracted the most accomplished field ever assembled for an Ironman 70.3 World Championship in the country he grew up in.

Frodeno will have already sized up his opponents and will probably strike on the bike rather than risk a potential sprint to the finish. He says, “Port Elizabeth is known as the Windy City, which naturally plays to the bigger/ stronger guys, especially on the bike. Paired with some apparently rough road surfaces it should play into my hands a little more, racing the fast guys who are stepping up in distance.”

Expect last year’s runner-up Kanute to be a dark horse in the field. While he still races primarily on the ITU circuit, the American is a known game-changer of race dynamics with his swim-bike prowess. Given the non-drafting format in Ironman 70.3, this has put him on the road ahead of the likes of cycling powerhouses Sebastian Kienle and Andrew Starykowicz. He is also solid across all three disciplines to close out the win, as he did in Ironman 70.3 Texas to validate his world championship slot. He will be a lot fresher than his Kona-bound competitors, and will be more than capable handling Port Elizabeth’s choppy waters, gusty winds, and rough roads.

“I am really looking forward to competing in the 70.3 World Championships. The start list this year is very competitive, and it will be a good test to see how I stack up against the best in the world, says Kanute. “I feel like my training has been good, and now all that is left is to go through my process and try to get the best out of myself.”

Can Bahrain Endurance 13 once again take the top honors at the Ironman 70.3 World Championships? They can certainly give the world a race to watch.