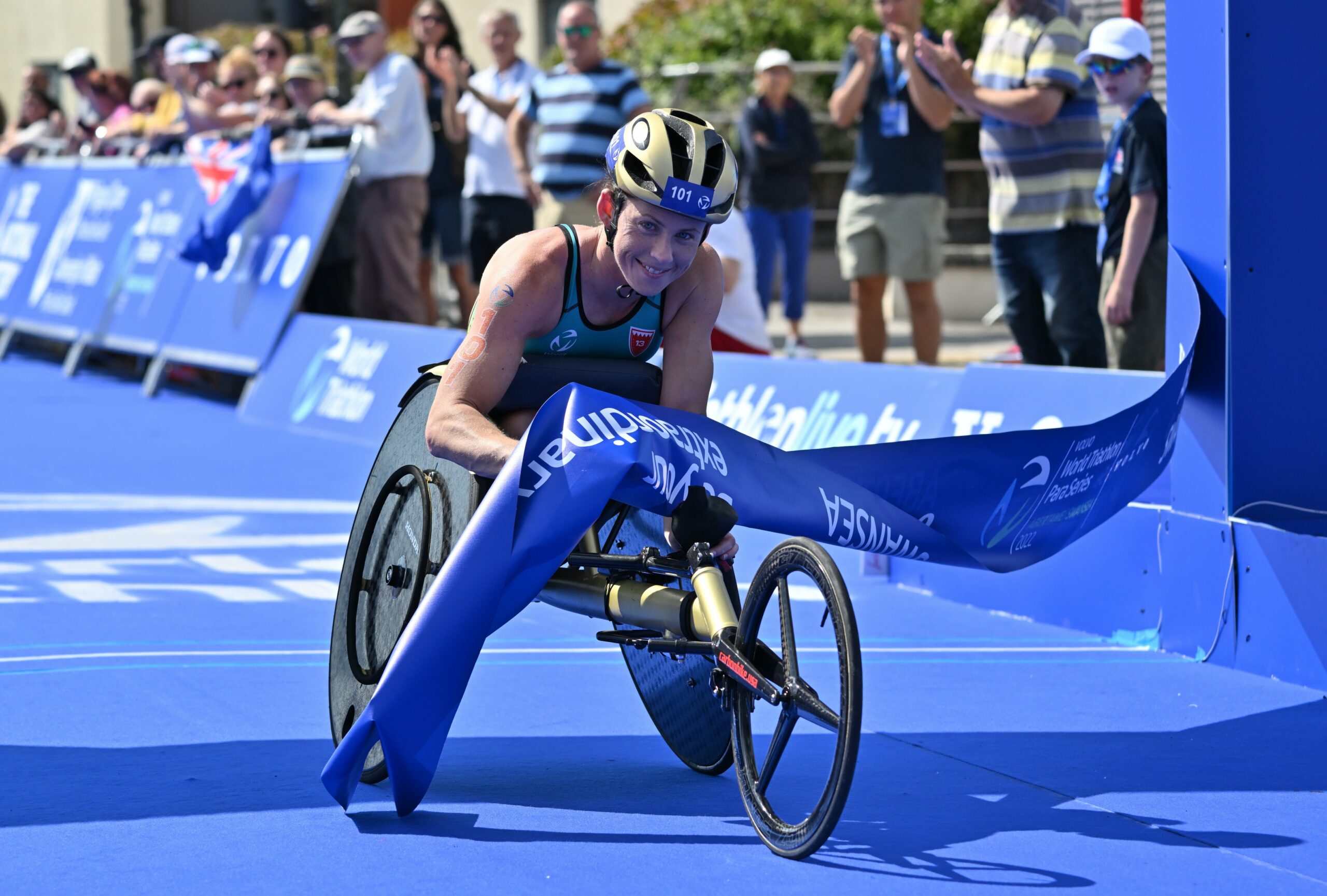 Big wins for Parker and Brownlee in Wales

The Bahrain Victorious 13 dominated the races in Wales this weekend: Lauren Parker made certain of her victory at the World Paratriathlon Series Swansea this morning, and Alistair Brownlee followed suit later in the day with a win at the inaugural Ironman 70.3 Swansea.

Parker used the strength of her cycle leg to build a sizeable lead over her current archrival Kendall Gretsch. She said, “I always know Kendall Gretsch is chasing me so that’s why I have to get as much lead as possible off the bike. Kendall starts 3:42seconds after me in the H1 category and I am in the H3 category so I always need to get as much lead as possible on the run. It was a close finish in Tokyo and I didn’t want that to happen again.”

Brownlee put on a brilliant display over the half distance, returning to form after a finish at the Canadian Open marred by stomach cramps. None of that plagued his performance here: he came second out of the water and quickly obliterated the difference to take the lead early on the bike leg. Continuing to turn the screws on the competition, he dismounted the bike with a lead of over five minutes, which ballooned to over seven minutes by the time he broke the tape.

It was a welcome relief to the Brit after a challenging past 12 months with injury. “I came into Swansea 70.3 just wanting a solid race today. Very happy to deliver that. Felt good, loved the course and the spectators really made it. Thanks for all the support out there.”