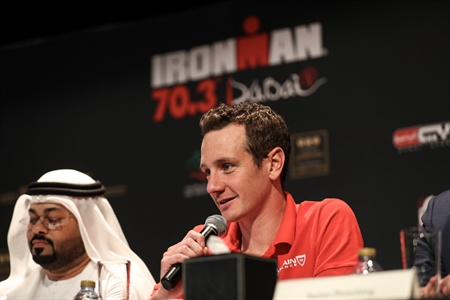 Alistair Brownlee MBE needs no introduction. The most accomplished short course triathlete of all time with two Olympic titles will finally line up against the best of the ’70.3ers’ at the Ironman 70.3 World Championships in 2018, after having to withdraw from his plan to do so in Chattanooga 2017 due to injury.

The year began surprisingly smoothly for Brownlee, following a long layoff after hip surgery with a dominating win at Ironman 70.3 Dubai against a decent field. He ran a 1:09 there. Not your typical post-operation performance, but then Brownlee is far from typical. Any field that lines up against Alistair fears his ability to win through good and bad circumstances, and the inevitability that he will torture himself to do so if necessary.

In April, he went on to win an Ironman 70.3 in China, his run there a little less dominating but still three minutes ahead of Craig Alexander on the finish line, despite injury again keeping Brownlee from full training. Since those races Brownlee has been training and managing injury, eventually withdrawing from Leeds WTS. Quite remarkably, he announced his participation at ITU European Championships in August as his return-to-fitness race. There he showed his usual swim, bike and run bravery until lack of race-fitness and run speed saw him succumb to primed short course racers. He still finished a credible 4th, a position he will no doubt find unsavoury, but his high-32 minute 10km pace is still more than adequate for Ironman 70.3 racing if his endurance suffices.

Brownlee’s presence in Port Elizabeth, alongside Frodeno and Gomez, is anticipated by many to create the ‘race of all races’ in triathlon. Three legends, three medal positions up for grabs … That is hardly likely to be the outcome such is the style of Brownlee’s racing – he will either win or blow, and either way, it will be riveting to watch.