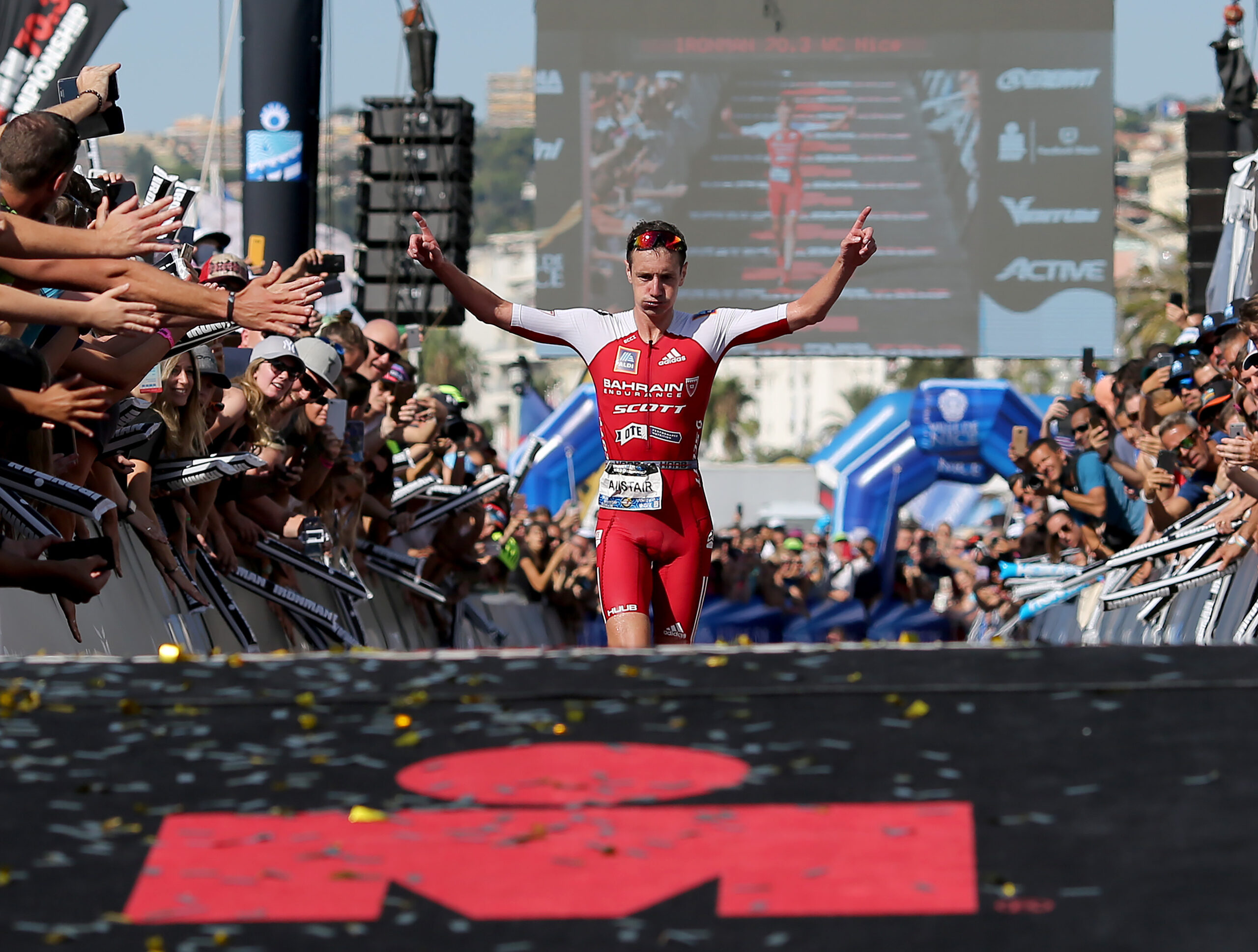 He is one of the sport’s true legends – a six-time Ironman world champion and a 10-time winner of the famed Nice International Triathlon Mark “The Grip” Allen took time to chat with Kona debutant Alistair Brownlee at the recent Ironman 70.3 World Championship in Nice, France.

Allen’s come from behind victory at the 1989 inaugural ITU World Championship confirmed his ability to not just win long distance races.

However, it took him six attempts before he eventually beat Dave Scott at the Ironman World Championship, in one of the most famous duals in the sports history. He then went on to win the race a total of six times between 1989 and 1995.