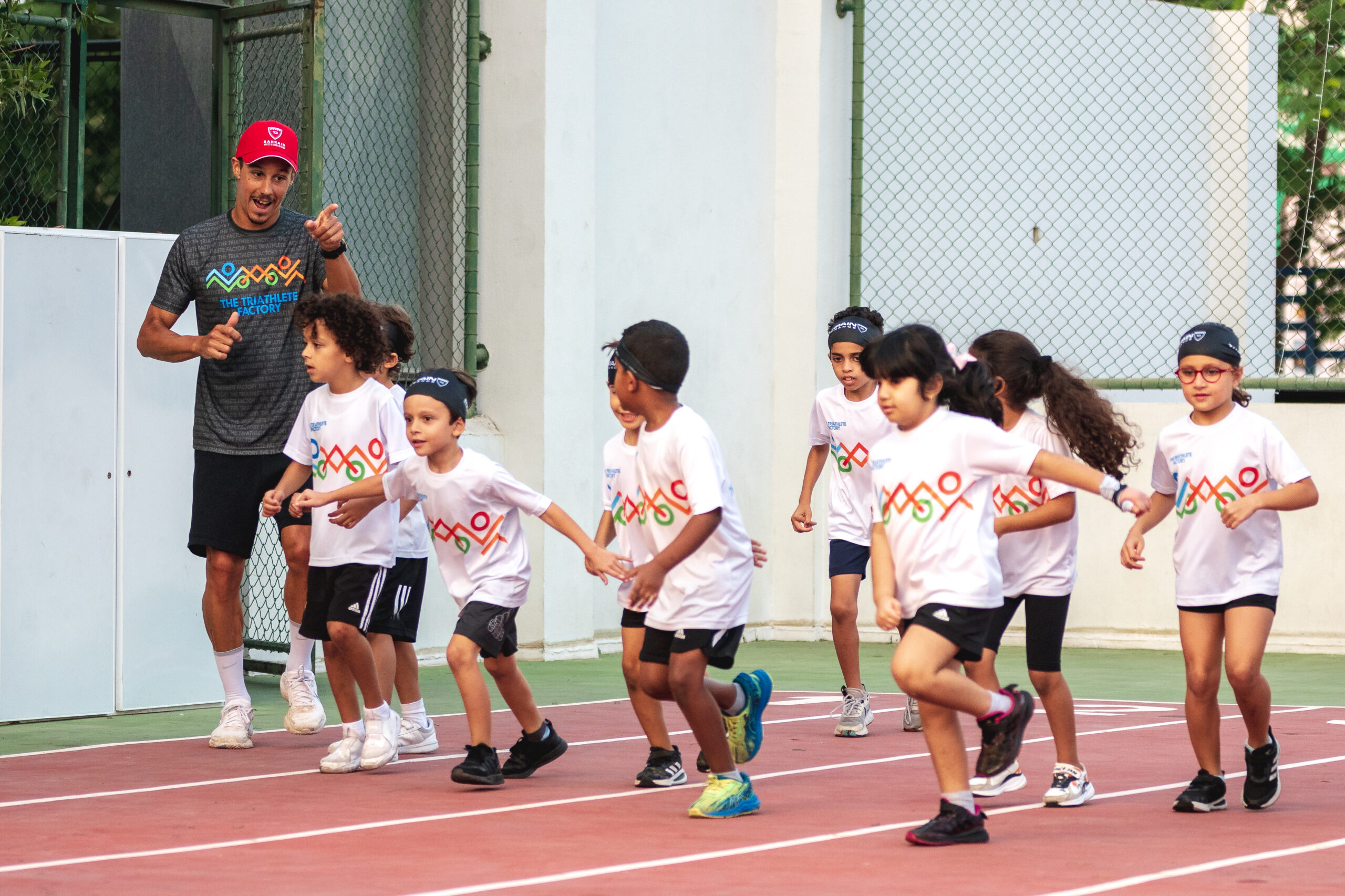 In his first time to race in the Kingdom, Vincent Luis won the Ironman 70.3 Middle East Championship Bahrain. A Bahrain Victorious 13 athlete has won this race every year it has been held since 2015; Luis’ win continues the team’s legacy of headlining Bahrain’s biggest endurance event.

Every year’s camp gives Bahrain youth access to and inspiration from the world’s best athletes through school visits, training sessions, and community events. Olympic gold medallists Jan Frodeno, Alistair Brownlee, Kristian Blummenfelt, and Georgia Taylor-Brown visited Bayan School to keep up with the kids’ progress from the previous team visit and remind them what values sport brings to apply in their lives. Blummenfelt, Luis, and Henri Schoeman conducted several training sessions with The Triathlete Factory Juniors Academy, the first junior triathlon academy in Bahrain. Team members also came out in full force to cheer on and give out medals to participants at the IronKids event, and caught up with Bahrain’s emerging triathlon talent Abdulrahman Alhasan.

“From when we first started coming here as a team until now, we’ve seen the endurance sports scene boom thanks to the efforts of our patron and team captain His Highness Shaikh Nasser Bin Hamad Al Khalifa,” says Chris McCormack, Bahrain Victorious 13 CEO.

In 2015 there were only 90 locals who raced the Ironman 70.3; this year there were 90 females among the hundreds of locals who raced. The pathways for progression in the sport to the elite level have also been laid, from school programs to dedicated junior kids training and on to World Triathlon regional racing through the national federation.

“Bahrain Victorious 13 is the most successful triathlon team in the world; when you have them returning to Bahrain every year to work with the youth and community, there’s no doubt that their culture of success inspires more and more people in the region to take an interest in health, wellness, and healthy competition in sport at all levels.”