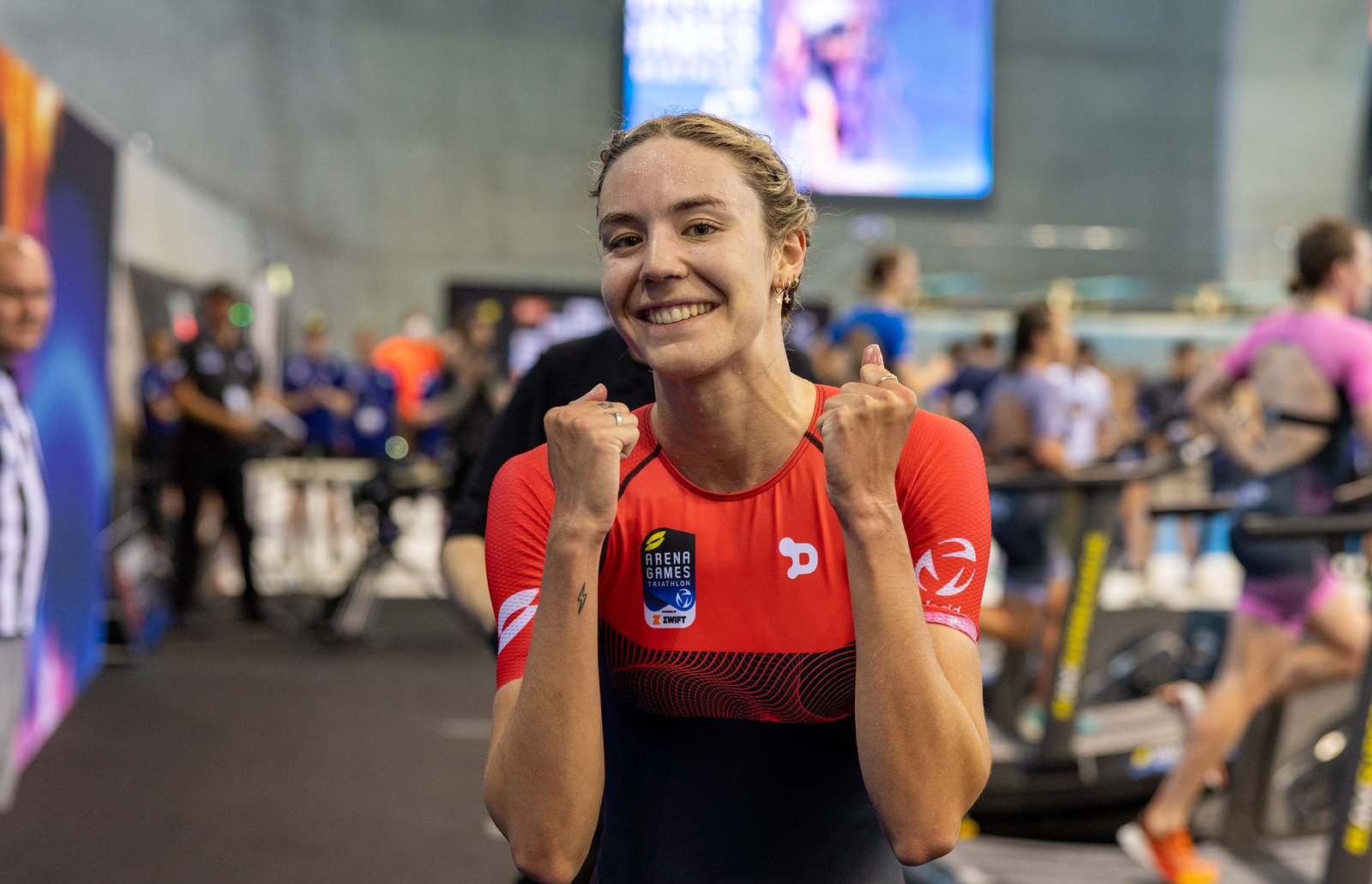 Cassandre Beaugrand made a triumphant return to Super League Triathlon racing, powering to victory at the Arena Games London on Saturday. The hybrid event format featuring a pool swim and virtual bike and run legs on Zwift is part of the Arena Games series, the winner of which will be awarded the first-ever eSports World Championship title in partnership with World Triathlon.

The Olympic mixed relay gold medalist showed her prowess not just in swimming, cycling, and running but also in doing this repeatedly, overcoming the pain and fatigue that comes with these supersprint distances (200-meter swim, two-kilometre bike, one-kilometre run). After two swim/bike/run rounds in the morning heats, Beaugrand qualified for the three-stage afternoon final featuring swim, bike, and run in different orders.

In the final, the French champion outsplit her competitors in all but one of the nine legs. Additionally, with a time of 2:45 on a treadmill set at an 18% gradient, she logged one of the fastest one-kilometre run splits not just in the women’s field, but overall including the men’s field.

“It was very hard and brutal,” she said. “I struggled this morning in the heats and learnt from my mistakes. It went much better this afternoon! It was very painful for me and everyone else, so I had to push hard throughout.”

Now tied in first place in the series with Arena Games Munich winner Beth Potter, Beaugrand is in the running for the eSports world title at the Arena Games Grand Final in Singapore on 6th-7th May.

Meanwhile, Bahrain Endurance 13 teammate Georgia Taylor-Brown in her first race of the season took a fourth place finish in London to rise to seventh in the overall Arena Games standings.