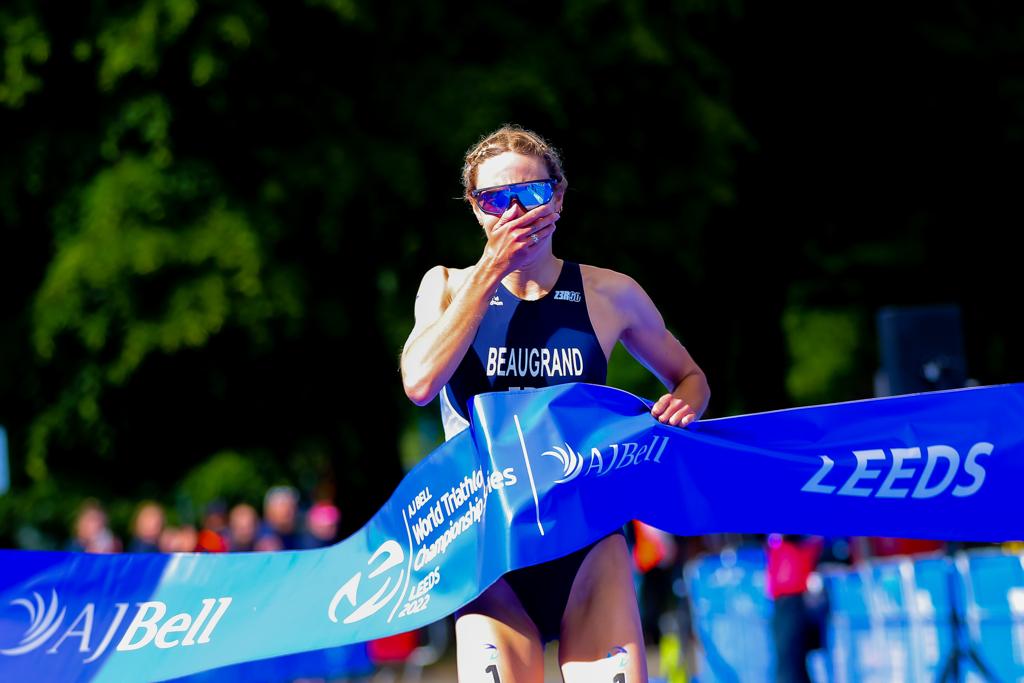 Runaway win for Beaugrand in Leeds

A new course and distance for World Triathlon Championship Series Leeds saw Cassandra Beaugrand run to victory with Georgia Taylor-Brown just behind her, while Vincent Luis took a Top 10 spot.

Beaugrand led out of the 750-metre swim and started the bike leg with a lead pack of four including Taylor-Brown. However, she was dropped as the pace rose over the 20-kilometre looped cycle course, and rode into transition in the chase pack some 40 seconds behind the leaders. It was here her run pedigree served her well, as the Frenchwoman ran a race-best 16:10 over the 5-kilometre run not only to win, but to do so even after serving a 10-second penalty metres from the finish line for a mount line violation.

She said, “I wanted it so much; I worked so hard and I just wanted it to pay off. I am very happy with my win today… I crossed my fingers that I had enough gap at the end. I didn’t even want to know how far away they were.”

Taylor-Brown latched onto Beaugrand’s pace for the first lap of the run to bring herself up to second place as well as maintain her standing atop the series ranking. The British athlete stated, “I can’t run at Cassandre’s [Beaugrand] speed, I know that for sure but I went out with her on the first lap. I definitely paid for it but I managed to just hold on.”

She also helped anchor Team Great Britain for a silver medal finish at the mixed relay race the following day, obliterating a gap of about 40 seconds with a blistering bike and run on the way to the podium.

Meanwhile in the men’s race, Luis came out of the water and onto the bike leg with the lead pack. Working with fellow Frenchman Leo Bergere, they distanced themselves from the pack by about a minute by halfway through and stayed clear of a crash that slowed the chasers.

Uncharacteristically, Luis miscounted the laps and failed to dismount on time. He still managed to finish in tenth after serving a 10-second penalty for the dismount violation.

Luis later revealed he had just been in surgery the previous Wednesday for the heart issues he experienced while racing WTCS Yokohama last month. He said, “Whatever happened in the race, I was just very happy to toe the line and finish… Ten days ago, that was me almost done with triathlon, but now I’m back and racing at full fitness. I still feel good. I feel a podium is just around the corner. It’s a good thing we play again in two weeks.”

He will be racing the WTCS and the Super League Triathlon Championship Series, but also looks toward more middle distance racing including campaigning to be part of Team Europe for the Collins Cup in August.