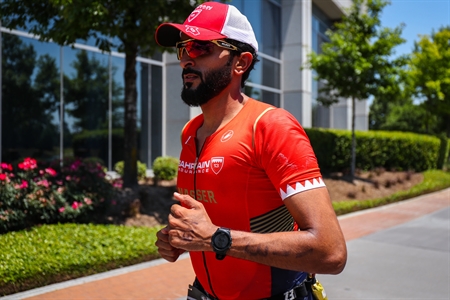 All roads lead to Kona for five BE13 members

All roads lead to Kona, Hawaii for the 2018 Ironman World Championship. Five Bahrain Endurance 13 athletes have made their way to the Big Island to take their well-earned spot on the pier on the 14th of October, each on a unique path to race the world’s best.

Daniela Ryf returns to defend the title that’s been hers for three consecutive years, but the Swiss never takes winning as a given even as she leaves her competitors in the dust. It is this attitude and work ethic that’s gained her this year’s Ironman European Championship and Ironman 70.3 World Championship crowns, the world’s fastest Ironman 70.3 time, and overall top 10 finishes that put her ahead of most of the men’s field.

“The build up to Kona this year has gone to plan, with both training and racing feeling good. I haven’t changed anything in the lead in to the race as it worked well last year,” says Ryf. “I’ve really enjoyed training with James Cunnama again in Maui. The location is perfect for getting ready for Kona – the heat, wind, and humidity are brutal but the scenery is amazing.”

While Javier Gomez is no stranger to world championships having secured eight of his own (five ITU, two Ironman 70.3, one XTERRA), this is his first appearance at the Ironman World Championship. Having finished under eight hours in second place in his maiden race at the Ironman Asia Pacific Championship, the Spaniard now has a better idea of what it will take from him to contend for the win despite his “rookie” status.

Gomez says, “The more I think of the race, the more complicated I consider the challenge.” However, he will not count himself out of anything. He adds, “Why can I not win in my debut, if everything goes smooth in the day? There is only one first time in Kona, so I want to make it as memorable as possible.”

Despite Gomez’s speedy maiden Ironman, the fastest Ironman debut still belongs to Brent McMahon. The Canadian has an aptitude for the distance and holds the record for most number of sub-eight hour finishes — five, at last count. He will have shaken off the disappointment of last year’s DNF (due to an allergic reaction to jellyfish stings), and will be hungry for redemption on the course.

David Plese has made the start list for the third consecutive year and for the fourth time in a career spanning 12 years. In the Slovenian’s quest for qualification he has raced four Ironmans this year, each better than the last and culminating in a silver medal at Ironman Switzerland. He will do his best to ensure all that effort does not go to waste on race day.

Rounding off the list of Bahrain Endurance 13 athletes heading to Kona is team captain His Highness Shaikh Nasser Bin Hamad Al Khalifa, who is on the cusp of fulfilling a dream four years in the making. As participation in triathlon has grown under his efforts in the kingdom of Bahrain, he has also grown in his own mastery of the sport.

His Highness says, “I feel in a great shape, mentally and physically and I am thoroughly focused on the event. My objective is to reach the finish line and I won’t pay any attention to the obstacles and challenges I am going to face during the race. I want to cement my accomplishments in the triathlon sport and it will be very nice to achieve this in an event featuring many great athletes.”

This will be the 40th edition of the Ironman World Championship, featuring the world’s best Ironman athletes. Ryf says, “I’m looking forward to race day and would like to wish my Bahrain Endurance 13 team members a good day.”

Gomez adds, “I wish good luck to all Team members especially to the other team ‘rookie,’ HH Shaikh Nasser.”