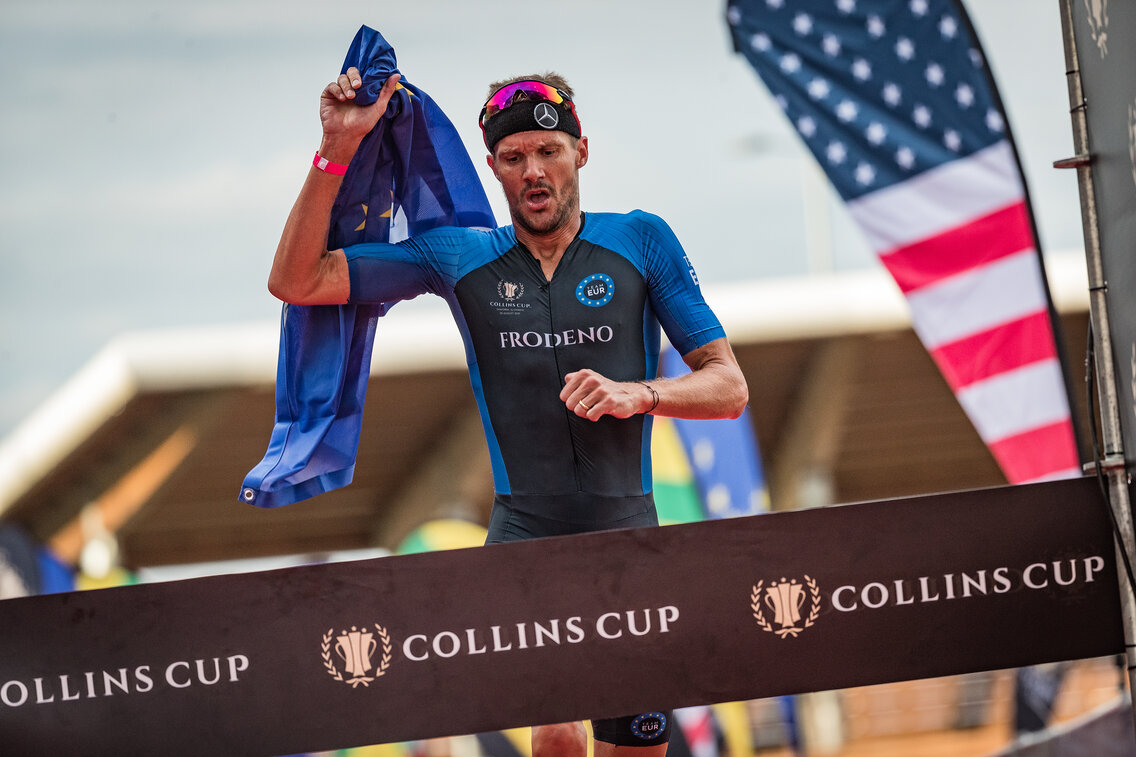 The Bahrain Endurance 13 are gearing up once again to race this weekend over the middle distance. Jan Frodeno, Daniela Ryf, and Holly Lawrence are racing for Team Europe in the Collins Cup, the flagship event for the Professional Triathletes Organisation (PTO).

Frodeno and Ryf are currently the top male and female respectively on the PTO world rankings, while Lawrence is ranked fifth. This allowed for their automatic selection alongside Gustav Iden, Patrick Lange, Joe Skipper, Anne Haug, and Lucy Charles-Barclay. Team Europe captains Normann Stadler and Natascha Badmann then picked Daniel Baekkegard, Sebastian Kienle, Kat Matthews, and Emma Pallant-Browne to round out the roster.

The Collins Cup features three teams — Team Europe, Team USA, Team International — that are represented by six male and six female athletes each. One athlete apiece from each team will compete in a head-to-head-to-head match race, making for 12 races total over a 2-kilometer swim, 80-kilometer bike, and 12-kilometer run.

Frodeno is matched up against Sam Long and Sam Appleton, Ryf will race Taylor Knibb and Teresa Adam, and Lawrence will face off against Skye Moench and Ellie Salthouse.

Points are awarded based on finish position and winning margin: for each of the race matches, the winner is awarded 3 points, second place is awarded 2 points and third place is awarded 1 point. Athletes can earn a bonus 0.5 points for every 2-minute margin by which they beat their opponents, with a maximum of 1.5 points for a margin of victory in excess of 6 minutes. The team with the most points overall at the end will be crowned champion.

The day after the Collins Cup, Lauren Parker seeks her first gold medal on her sport’s biggest day that comes once every four years. The Australian world champion in paratriathlon is set to represent her nation and race the best in the world.