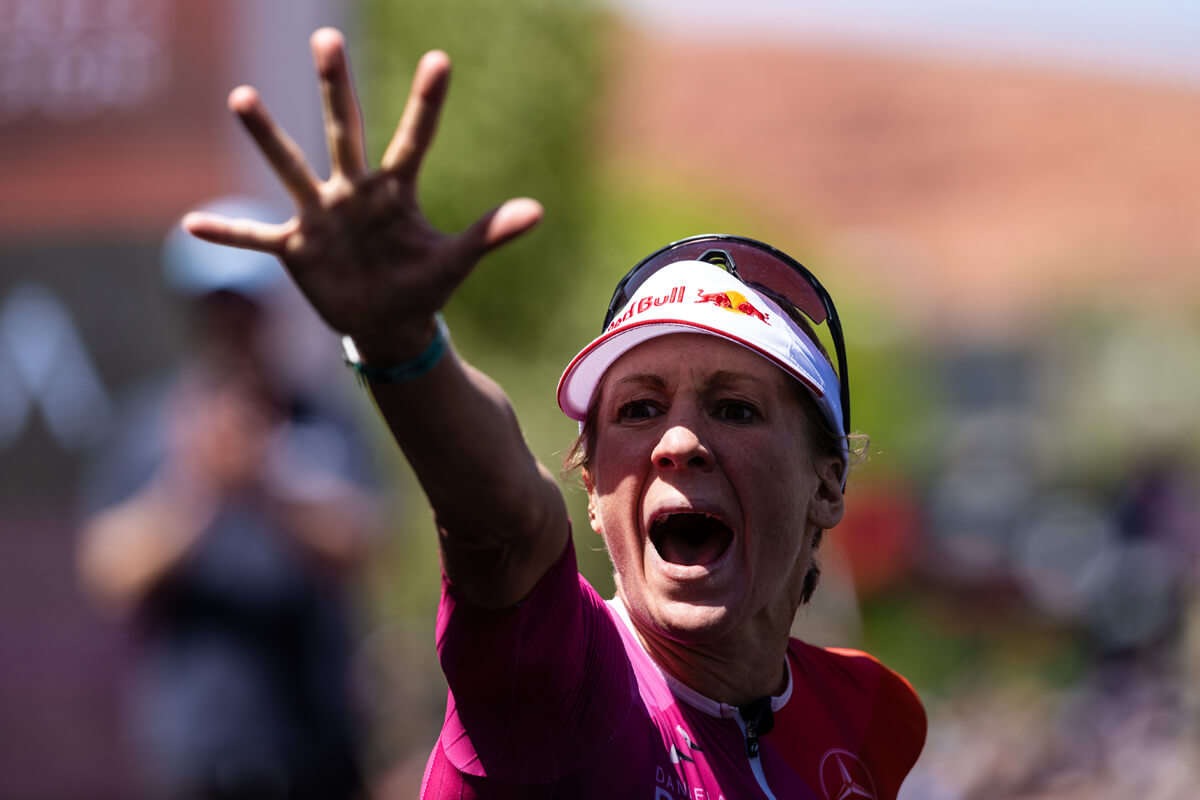 The Ironman World Championship had been postponed from its 2021 date and relocated from Kona, Hawaii to St. George, Utah, making it the first of two opportunities to win an Ironman world title this year.

Blummenfelt made good use of this opportunity to become the first athlete ever to win the Olympic gold medal, World Triathlon Championship, and Ironman World Championship within the span of 12 months. His finish time of 7:49:16 set a new St. George course record by 43 minutes. This was also only his second race over the Ironman distance of 3.8 kilometers swimming, 180 kilometers cycling, and 42 kilometers running.

The Norwegian seemed to have shaken off the ill effects of a cold virus in the final weeks leading to the race. A 49:40 swim time put him behind the front group by two-and-a-half minutes. He then paced with a second pack of cyclists including Cameron Wurf and Lionel Sanders to complete the bike leg in 4:18:43. Down by a little bit less than four-and-a-half minutes when he started the marathon, he overtook race leader Braden Currie by the 28th kilometer. He went on to run the day’s fastest marathon in 2:38:01 to take the win.

Blummenfelt said, “Four and a half minutes going into T2, I tried to go out harder than ideally and still I didn’t make anything up on Braden for the first 10K… When I passed [Currie] after 28K, there was still 14K to go. It was kind of a long way back home but it’s a massive relief. And it’s been amazing the past 12 months with both Olympics and now the Ironman World Championship… It’s great to have been able to have done it all now.”

Ryf resoundingly returned to the top step of a world championship podium in what was a mission to win her fifth Ironman world title and banish all doubts about her dominance. Her finish time of 8:34:59 also broke the previous St. George course record by nearly an hour.

The Swiss star swam a 54:42 to come out of the water in fourth place, a little over four minutes behind the leader. Then in typical Ryf fashion she put on massive power over the bike leg to take the lead after the 40th kilometer, which she never relinquished. After completing the bike leg in 5:33:46 and marathon in 2:59:36 she hoisted the finish tape nearly nine minutes ahead of nearest competitor Kat Matthews.

Ryf said, “To actually be fit here and healthy, it was really important to me and to bring it all together was very, very special… I’ve had two injuries and health problems, and with people doubting a bit, it was not always nice but it’s also good to just prove them wrong. That also definitely motivated me… Last year in September I felt out of breath and totally [building up lactate] all the time, and today I felt my body was strong again. So this was the most important thing to me: when I feel in my body again and able to push, that’s why I do it and why I love doing it.”

Lauren Parker has made it three for three in world championships, winning the para division at the Ironman World Championship. This was her first Ironman world championship as a paratriathlete, after twice having raced and once winning her age group as an able-bodied athlete. She is only the third woman and first Australian to finish in this division. Her time of 14:00:47 on the brutal St. George course with its steep inclines and descents is a new world record.

Across the globe in Singapore, Taylor-Brown finished third at Arena Games Singapore, the third leg of the Super League Triathlon Arena Games which doubles as the eSports triathlon world championship under its partnership with World Triathlon. The British athlete previously finished fourth at the London leg two weeks ago, which set her up to make an attempt for the podium in the series and points race.