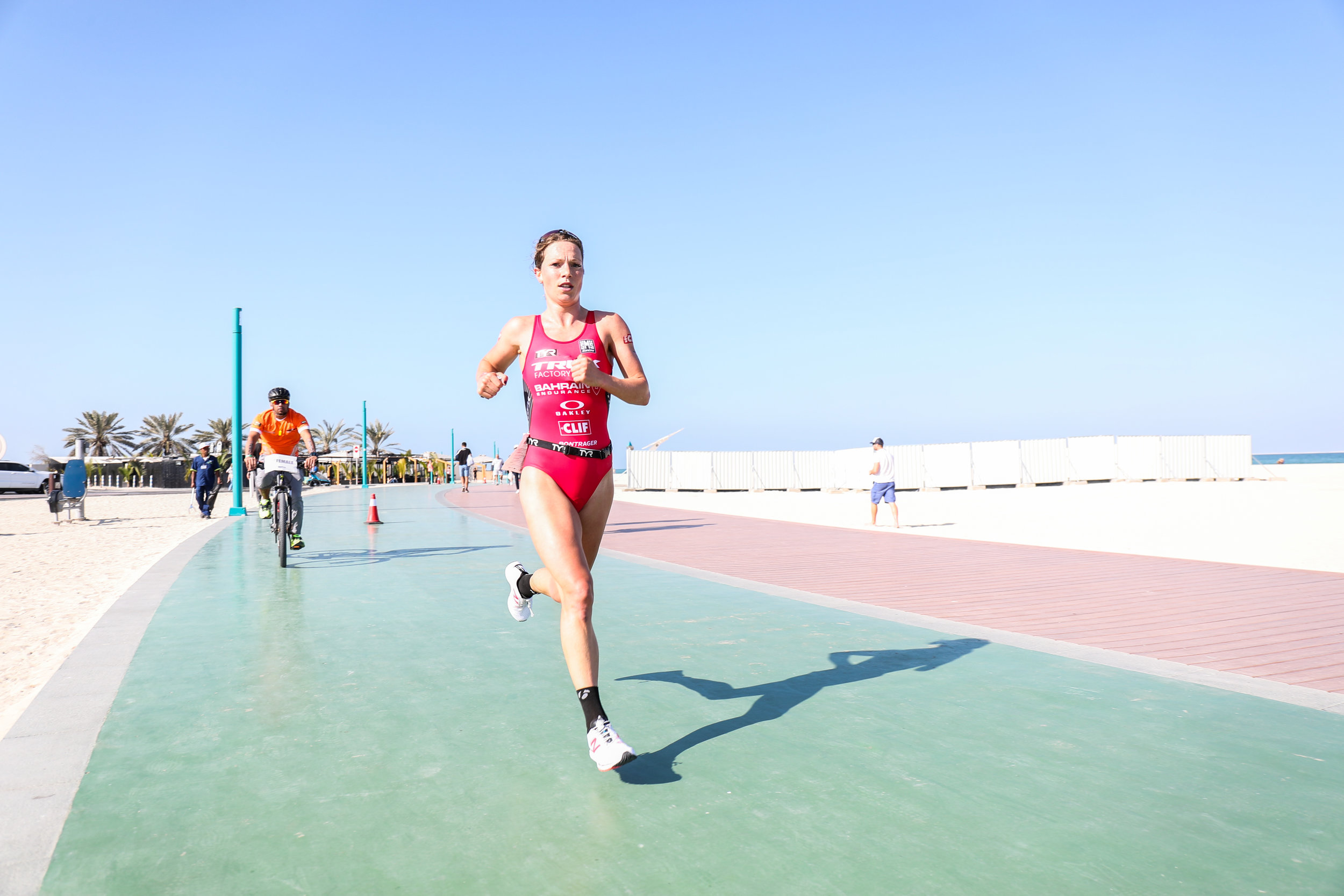 Lawrence back to defend in Bahrain

Holly Lawrence is set to return to racing and defend her title at the Ironman 70.3 Middle East Championship Bahrain, joining Bahrain Endurance teammates David Plese and the resurgent Terenzo Bozzone on the starting line.

The British athlete fractured her ankle while racing Ironman 70.3 Oceanside in April this year. After surgery, months in a boot, and even more months rehabilitating her ankle and regaining her fitness, she is finally ready to race again.

Lawrence says, “I had so much fun last year in Bahrain on and off the race course that I couldn’t think of a better race for my comeback post injury! I am just grateful to be back healthy and make it to the start line. It’s been a tough year and I’m so glad to put it behind me. I’m not quite back to full fitness yet but it’ll be a great test to see where I am.”

Plese is coming off racing Ironman Arizona two weeks ago, where he placed fourth. The Bahrain-based Slovenian says, “Ironman Arizona was a great race, just missed the Kona slot. Will try to get on the next Ironman race. Now all focus has been on Ironman 70.3 Bahrain. I’m good, shape is still there. I’ll do my best for a good result and take advantage of my home race!”

After winning the double of Ironman 70.3 Western Sydney and Ironman Western Australia in consecutive weeks, Bozzone is looking to make it three for three this weekend. The Kiwi won the title in Bahrain in 2016 and placed second last year. Known for performing better the more he races, expect him to be a force on the course.