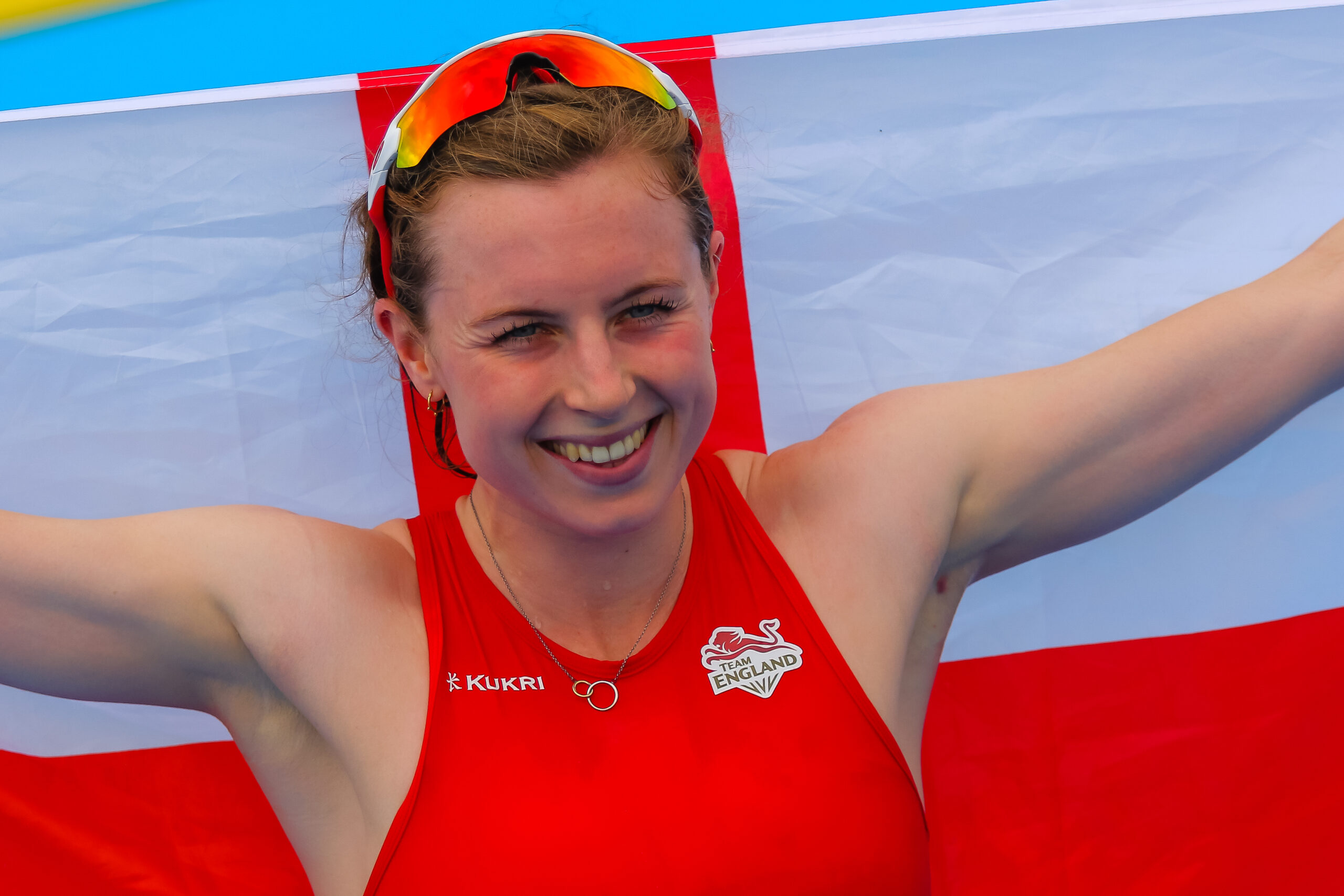 Georgia Taylor-Brown came away with glittering hardware from the Commonwealth Games in Birmingham this weekend, winning individual silver on Friday and then anchoring Team England’s gold medal performance at the mixed relay on Sunday.

With the individual race held over the sprint distance, the racing was hard and fast from the gun. Taylor-Brown exited the water in the front group along with Scotland’s Beth Potter, defending Commonwealth Games champion Flora Duffy, and fellow Team England member Sophie Coldwell. When Duffy put on a surge in the second of four bike laps, only Taylor-Brown went with her. The two shared the workload putting distance between themselves and the rest of the field on the bike to decide gold and silver on the run. The result echoed the Tokyo Olympic Games from last year.

Taylor-Brown then backed up to take to the mixed relay, where Alex Yee, Coldwell, and Sam Dickinson worked to give her a 16-second head start into the anchor leg. She then swam, biked, and ran by herself at the front of the race, growing that lead up to a minute before breaking the tape for team gold in front of a roaring crowd.

“What an absolute privilege to race for Team England in front of the home crowd. You guys made today so much better,” she said.

In the men’s racing, Tyler Mislawchuk was knocked out of contention in the individual triathlon by a flat tire. He bounced back to kick off Team Canada’s bid for a mixed relay medal and led the bike chase group in the first relay leg before handing off to his teammates for a sixth-place finish.