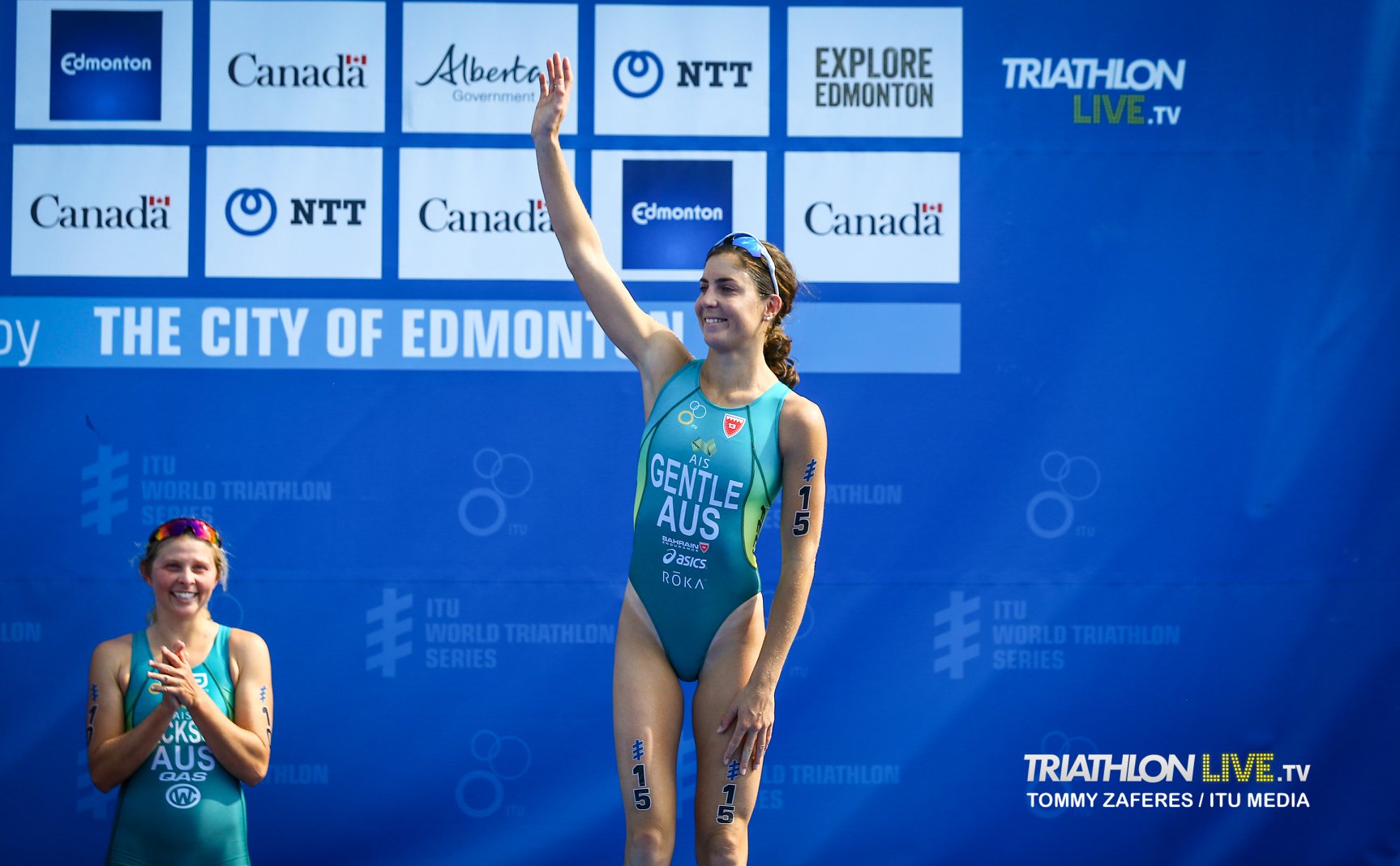 Olympic and world championship campaigns loom for BE13

Gentle has been steadily working to return to racing form and is delighted with her result. “I think I’ve still got some improvement to come to put together a full, complete race but I am over the moon with the podium today,” she said.

She is now looking forward to the test event for the Tokyo Olympic Games in three weeks’ time. “For me personally, whatever happens with the result, I just want to make sure I’m there to suss out the course and see how it is, because if I make that Tokyo team, I’ll make sure I’ve raced on it before.”

Vincent Luis still leads the men’s points race for the world title despite a fifth-place finish. The Frenchman said, “I just had not enough in the bank after the swim and I just suffered the whole ride trying to hurt the guys. The run was just surviving. Fifth is not too bad, on to the Grand Final.”

Ben Kanute finished in 7th after breaking away in the lead group with Luis, while Javier Gomez crashed out of the race 200 meters from the bike-to-run transition.

While Gomez drops down to third in the points race due to the DNF, he is still knocking on the door to take a record sixth world title at the Grand Final in Lausanne at the end of August, the week after which he will attempt to back up and also win the Ironman 70.3 world title. He has already achieved this double in 2014.

However, he will have to get past Luis, who has won the last two Grand Final races in Rotterdam and the Gold Coast and is known to turn in the big performances when they count.

While Gentle and Gomez will be racing the Tokyo test event, Luis has opted to skip it to focus on the Grand Final. Kanute will also be present for the mixed relay, while paratriathlete Lauren Parker will be racing the WPS World Cup event held in tandem with the test event.

This coming weekend, Holly Lawrence seeks to extend her win streak yet again as she suits up for Ironman 70.3 Santa Rosa.