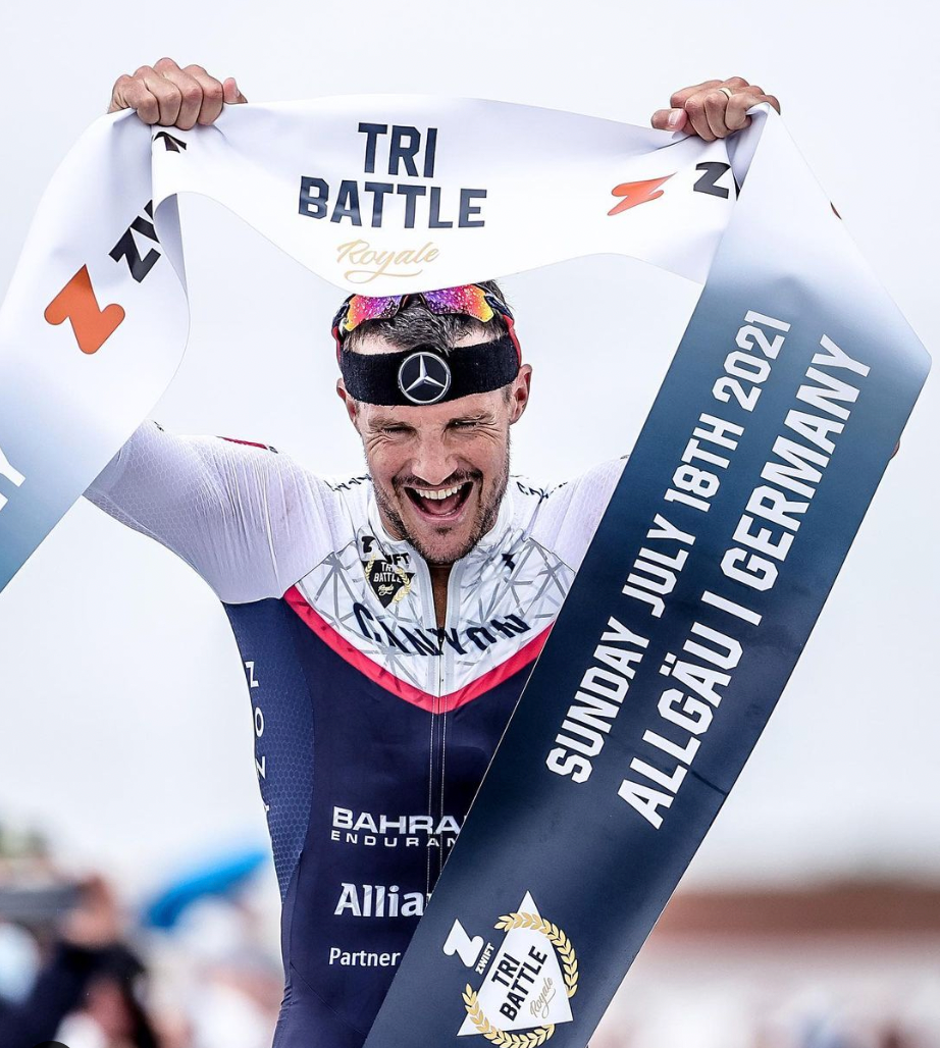 Jan Frodeno on Sunday set the world’s new fastest time for a full distance triathlon. The three-time Ironman world champion and Beijing Olympic gold medalist blazed through the Tri Battle Royale’s 3.8-kilometer swim, 180-kilometer bike, and 42.2-kilometer run in 7:27:53, a full 7 minutes and 46 seconds faster than the previous record he set at Challenge Roth in 2016.

A one-on-one match race versus multiple Ironman champion Lionel Sanders set in the town of Allgau in Germany, Tri Battle Royale was designed to be a fast course certified by the German Triathlon Federation, making any times achieved on it eligible for a world record. Ultimately, Frodeno’s Canadian rival also set a new personal best of 7:43:32, the fifth-fastest time over the distance.

Unfazed by the rainy conditions that beset the weekend, Frodeno took a five-minute lead out of the swim and added another five minutes after an uber-fast 3:55 bike split. As he started the marathon with a comfortable lead he was also on track to break his record; the question was by how much, as his pace was estimated to get him a 7:21 finish.

But at the end of his first of four laps on the run course he encountered his first and only scare, slipping on wet carpet at the turnaround and landing on his left hip. It took a few seconds for him to get up and shake off the shock and momentary pain, but soon enough he was running again. In the final 10 kilometers, he even picked up the pace to cross the finish line and stop the clock amid the cheers of a rain-soaked crowd.

“If you haven’t done an ironman for two years, you race it like a 70.3 and that’s a mistake in the beginning,” said Frodeno post-race, chuckling. “It was so tough because it was cold, it was rainy… The truth is, it’s not exactly what’s referred to as ‘Frodeno weather.’ Sorry to everybody who came out and endured the conditions. It was just amazing to do this kind of thing. It was so clinical because you never had to look up and could just try and go as fast as possible.”

Halfway around the globe, Tyler Mislawchuk won the America’s Triathlon Cup Long Beach to  put the finishing touches on his preparation for racing the world’s best in just over a week’s time. The Alamitos Beach venue is the proposed course for the 2028 Olympic Games awarded to Los Angeles. The young Canadian showed prime form leading out of the swim, staying in the lead group on the bike and practicing tactics with teammate Matt Sharpe, then outclassing the field on the run.