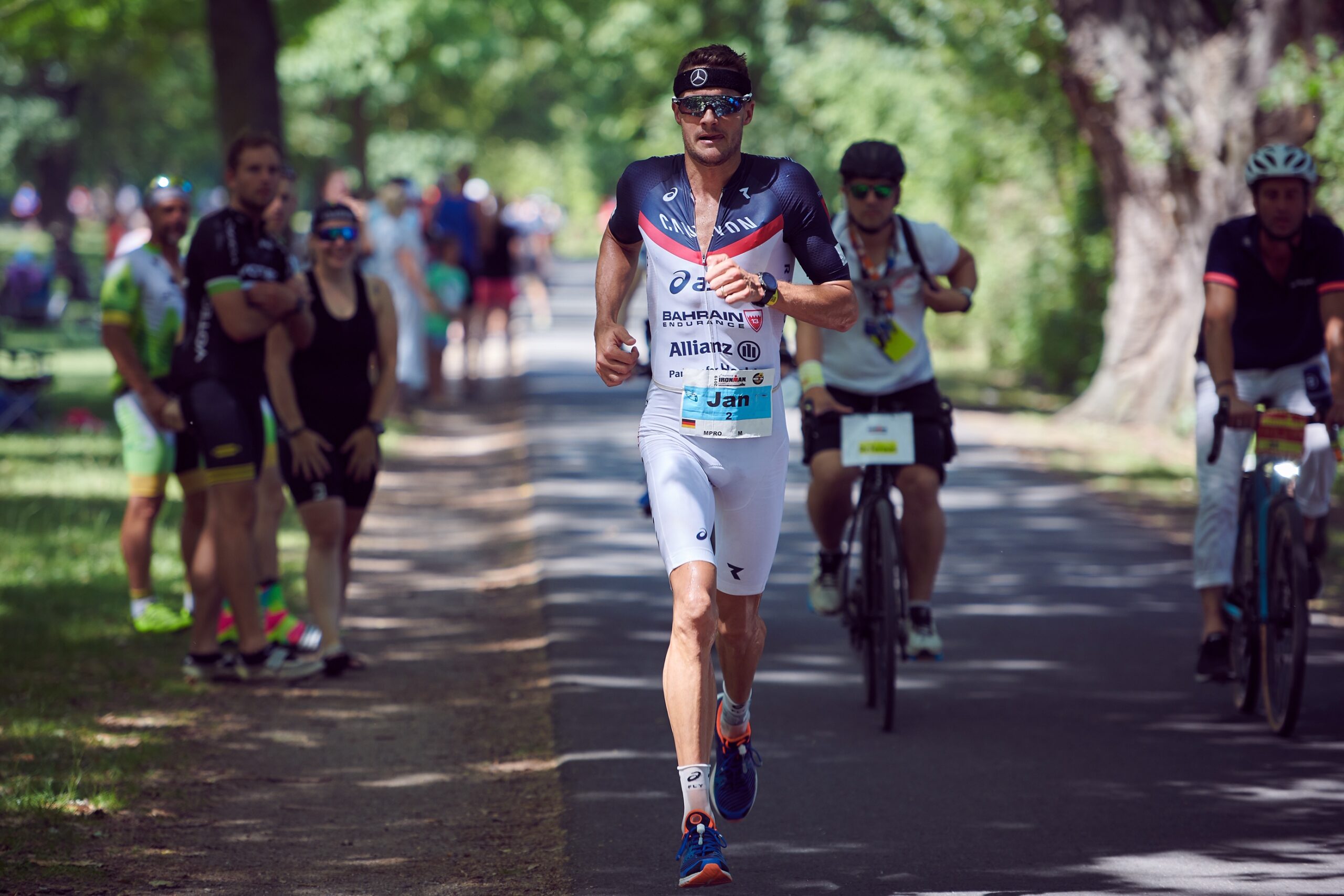 Jan Frodeno has defended his Ironman European Championship crown in Frankfurt, marking a successful comeback to racing the grueling distance after missing the Ironman World Championship last year due to injury.

Except for about 30 seconds on the run where eventual runner-up and German compatriot Sebastian Kienle took the lead, Frodeno led the race and finished in 7 hours, 56 minutes, and 2 seconds, winning with a margin of nearly four minutes.

The multiple world champion and Beijing Olympic gold medalist finished the non-wetsuit 3.8-kilometer swim in 47:12, then rode a 4:20:14 split on a bike leg that was five kilometers longer than the usual 180. He paused briefly in the bike-to-run transition to check on Kienle, who was getting medical attention for a glass shard in his foot. The two battled shoulder-to-shoulder early in the run in 36-degree Celsius heat before Frodeno put his foot down and broke away to clock 2:45:39 over 42 kilometers.

“Of course I thought about my race,” said Frodeno. “But he’s a champion and I would have loved to have that battle with him that we ended up having. I heard he cut his foot — someone told me during the bike — and I just wanted to make sure he’s there and encourage him because I didn’t know how bad it was. It turns out, it doesn’t hurt a champion like him.”

Across the pond in Montreal, Javier Gomez rose to the #3 world ranking following the sixth race of the World Triathlon Series. Raced over the sprint distance, the pace was furious especially over the concluding 5-kilometer run. While Gomez ultimately finished ninth, he gained the points needed to move up one spot. With three races left in the series and only 174 points separating the top three, Gomez is a definite contender for a record sixth ITU triathlon world championship.

Meanwhile, Ben Kanute and Ashleigh Gentle returned to the ITU circuit at WTS Montreal after both winning the Escape from Alcatraz Triathlon two weeks ago. They finished in 23rd and 21st in their respective races.

Despite experiencing excruciating pain during her 30-hour travel from Australia to Canada, being hospitalised, and eventually getting diagnosed with an ovarian cyst, Lauren Parker got on the start line and finished fourth at World Paratriathlon Series Montreal to maintain her #3 world ranking.