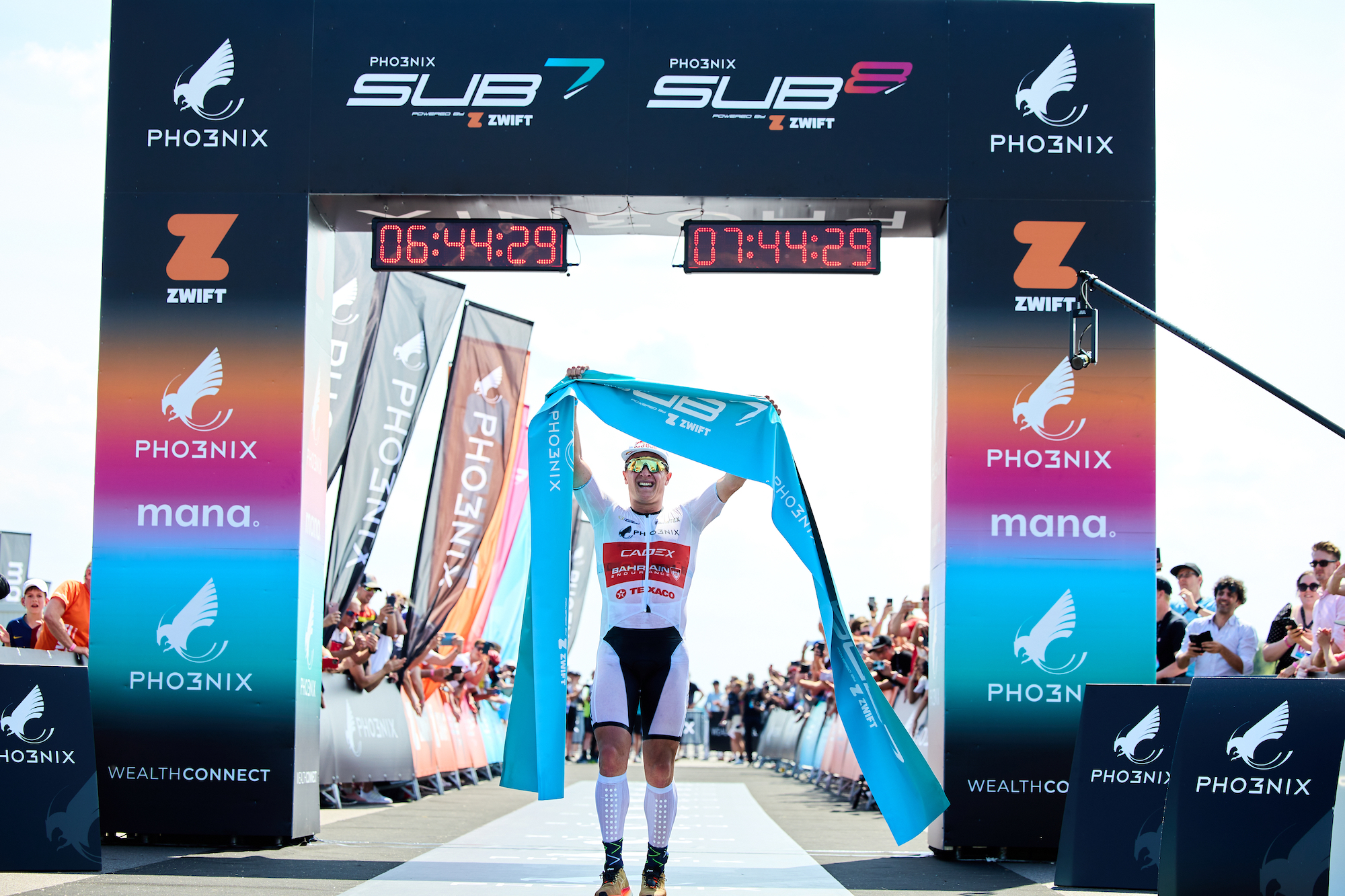 Blummenfelt was first across the finish line with a time of 6:44:25, backing up from winning the Ironman world championship just last month and bringing to fruition nearly two years of training, strategising, and working with a team of pacemakers using never-before-seen prototypes to Defy The Impossible.

Skipper, who took on the challenge only seven days ago after Alistair Brownlee had to pull out due to injury, finished in a very capable 6:47:36.

Though not considered world records due to the event format, these times better the current world record held by Blummenfelt by nearly 40 minutes. More importantly, they push the boundaries of what is humanly possible.

He said post-race, “It was full-gas from the gun and I almost went down there early on the bike. That got my heart rate up. And it was a tough day… It was brutal just to stay on the wheel to these guys. And also a massive thanks to Joe and his team for the tough battle. Luckily we managed to sneak just in front.”

Skipper said of his last-minute acceptance of the challenge, “Macca [Chris McCormack, Bahrain Endurance 13 CEO] asked, ‘How fit are you?’ And I was like, ‘I think it’s alright.’ And he said, ‘Al’s out, he’s injured. Are you up for doing Sub7?’ And I was like, ‘Yeah, I’ll give it a go.’” He absorbed Brownlee’s intended cycling pacemakers from the Ribble Weldtite team, with Brownlee acting as his swim pacemaker and German marathon champion Frank Schauer as his run pacemaker. “The team was great and that made such a massive difference. It was actually a really good experience. I’d say it’s probably my favorite long course experience I’ve ever had in triathlon.”