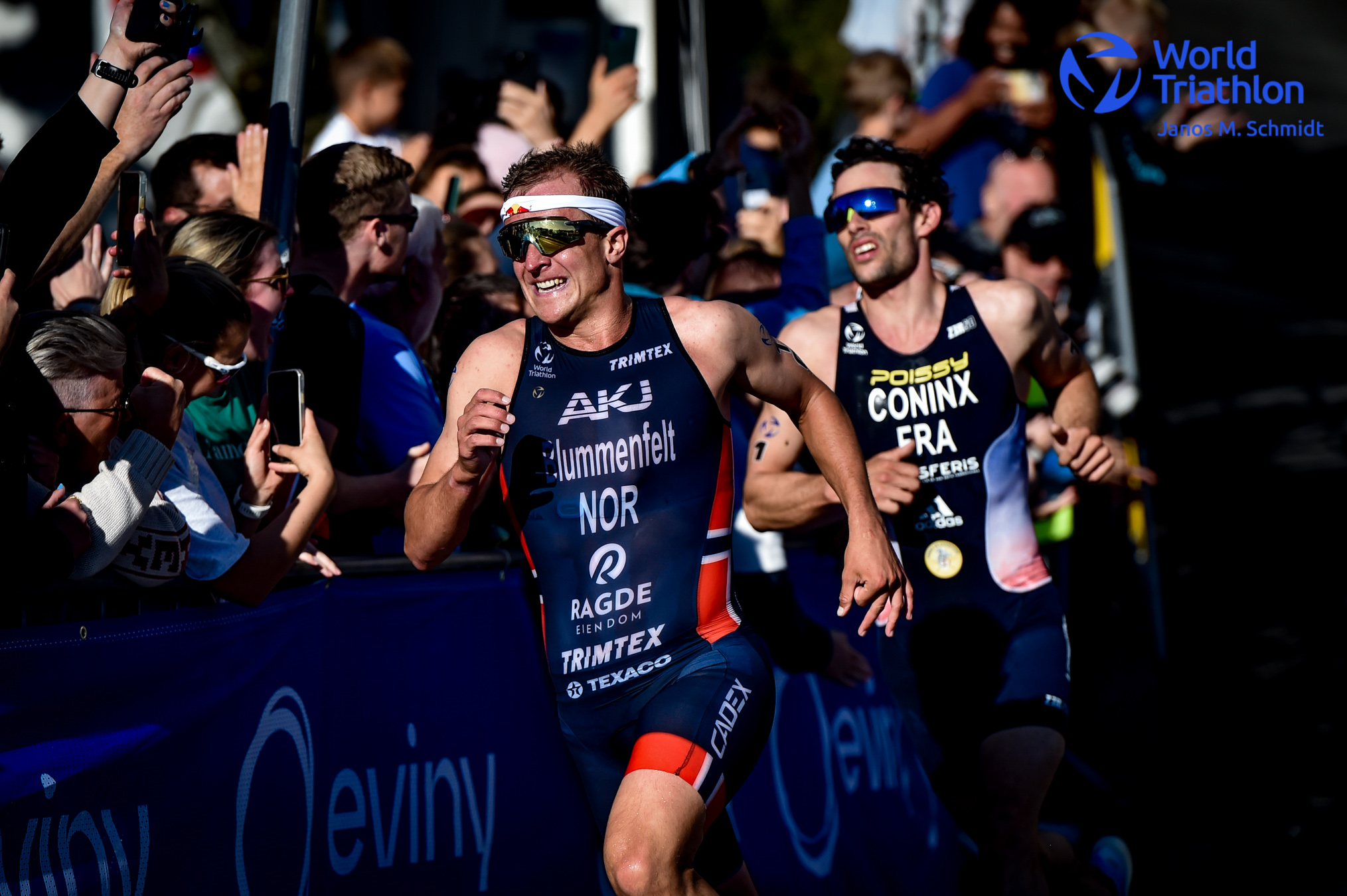 After exiting the 750-metre swim 20 seconds behind the leaders, Blummenfelt had a good transition onto the 20-kilometre bike to keep the deficit small and catch the lead group. Over the roads he grew up riding and running on, he eventually took the front and pushed the pace to alienate the chase pack by 45 seconds by the time they got onto the run course.

The podium would be decided among that first group of 12 by the strength of their legs, with Frenchman Dorian Coninx pipping Blummenfelt for the top spot in the final few metres of the blue carpet. Fellow Norwegian Vetle Bergsvik Thorn took home the bronze.

Blummenfelt said, “I know that I have been doing mostly long distance races this year, but I have been preparing for Bergen all year long. I am just extremely happy to be able to do it at home in front of so many people. It was incredible.”