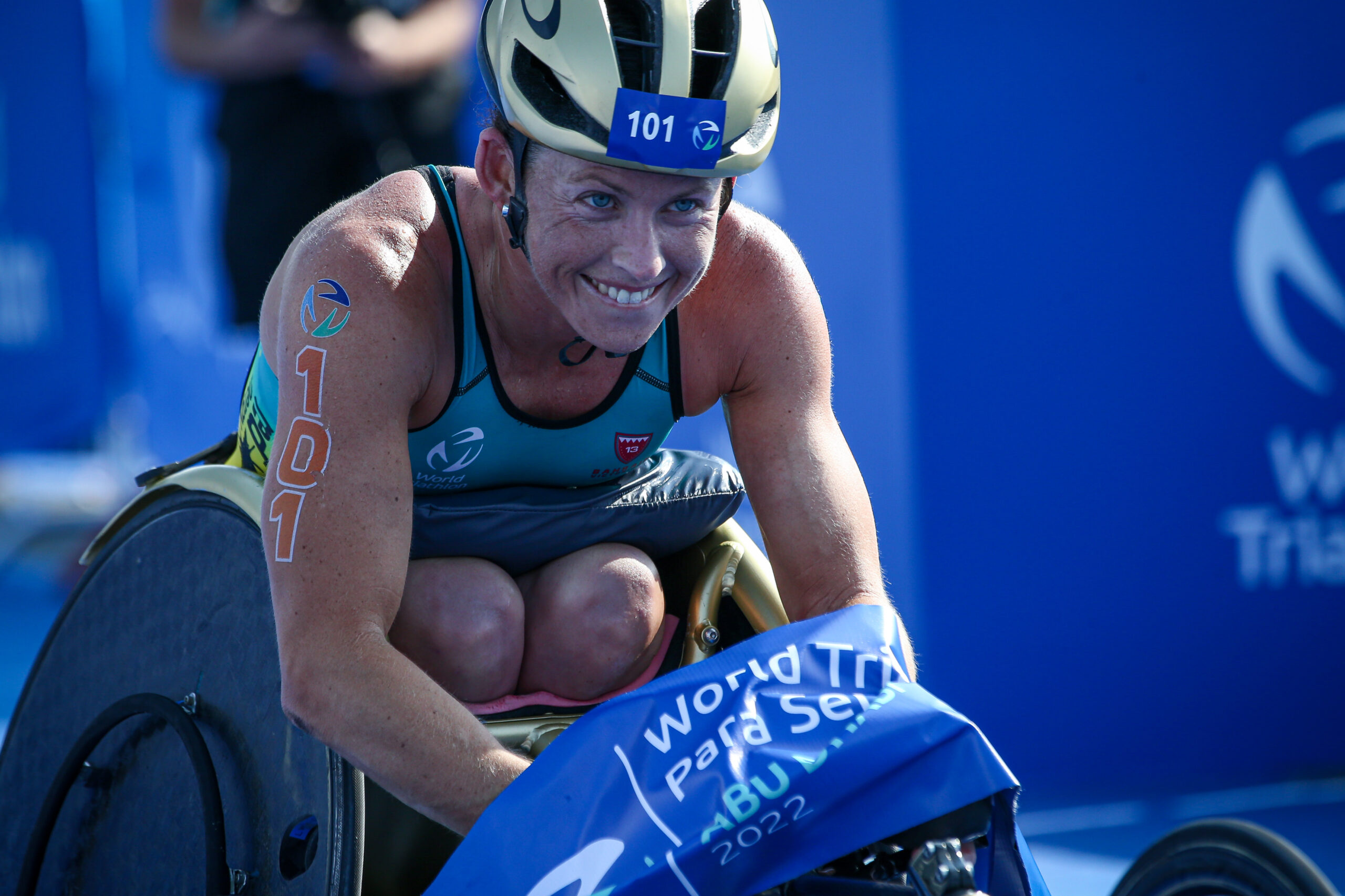 Lauren Parker successfully defended her world title winning the PTWC race at the World Paratriathlon Championship in Abu Dhabi today. The Paralympic silver medalist from Australia has now won this world championship for the third consecutive time, further consolidating her dominance of the scene.

Backing up from the rigours of racing and winning the Ironman World Championship in Kona, Hawaii just five weeks ago, Parker claimed the win over this much shorter distance by leading out of the swim and surmounting technical issues on the bike leg to break the tape 25 seconds ahead of the rest of the field.

She said, “It was a tough day today. I didn’t have the best preparation but had to stay positive out there. I had a few issues with my gears on the first lap but had a spare battery so no panic, I just swapped them over but it cost me some time – just glad I had a spare. I did Kona five weeks ago but recovered quite well and was able to do it! I love a technical course. I wish it was a bit more hilly out there but it’s a great surface, you couldn’t ask for a better course really.”

This also marks her third world title of the calendar year: Parker began this campaign by topping the 2021 Ironman World Championship in St. George, Utah back in May and then going on to win in Kona in her first race back there as a paratriathlete. 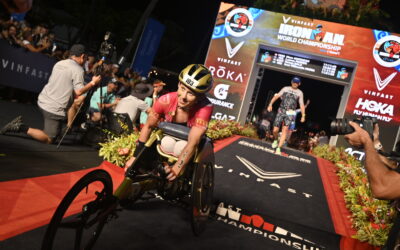 END_OF_DOCUMENT_TOKEN_TO_BE_REPLACED

Five Bahrain Victorious 13 warriors are set to do battle in Kona, Hawaii at the Ironman World Championship this week.

END_OF_DOCUMENT_TOKEN_TO_BE_REPLACED 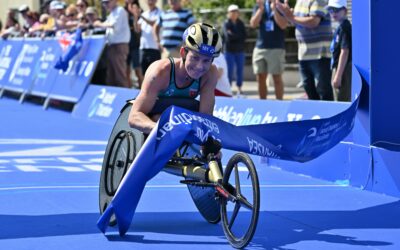 Big wins for Parker and Brownlee in Wales

Big wins in Wales for Parker and Brownlee