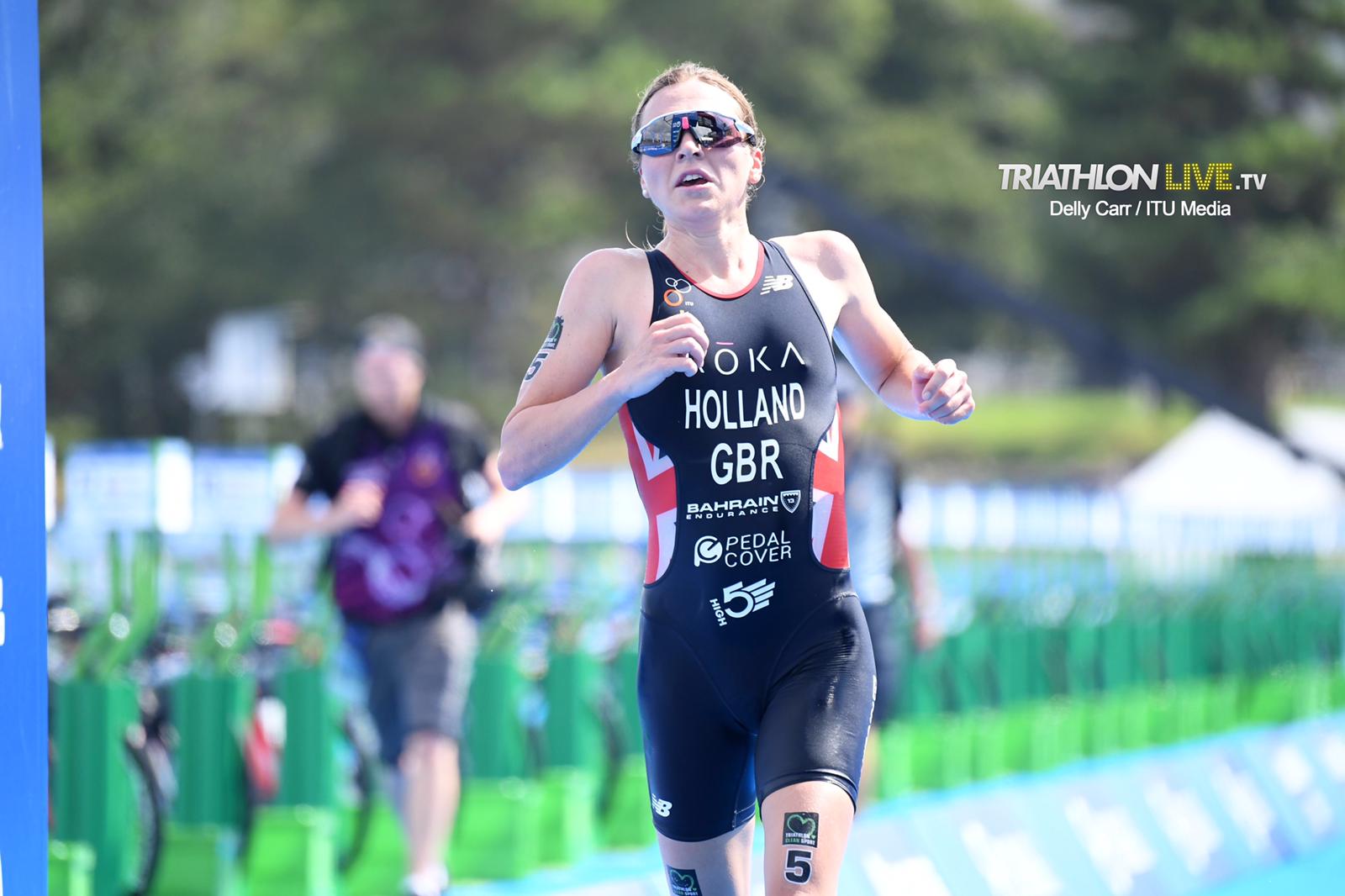 Bahrain Endurance 13 athletes Vicky Holland and Lauren Parker brought home the bronze at the Olympic test events for triathlon and paratriathlon in Tokyo.

They rose to the occasion amid soaring temperatures that saw the women’s elite triathlon run cut down to 5 kilometers on Thursday, and the paratriathlon on Saturday converted into a duathlon due to high levels of E. coli contaminating the water. Due to these format changes, the British and Australian national federations would not be giving automatic selection for athletes who made the podium. However, the way Holland and Parker raced could tip the argument in their favor.

Holland emerged out of the 1.5-kilometer swim 30 seconds back from the swim leader, compatriot Jessica Learmonth who pushed the pace of the 40-kilometer bike out front with fellow Brit Georgia Taylor Brown and a good group of strong riders. Despite working hard in the chase pack, Holland hopped off the bike 90 seconds down — and with only five kilometers to run she ran out of road to pick off the athletes ahead of her, finishing in fifth place.

However, Holland moved up into third when race leaders Learmonth and Taylor Brown were disqualified for crossing the finish line hand-in-hand, running afoul of a rule that states: “Athletes who finish in a contrived tie situation, where no effort to separate their finish times has been made, will be disqualified.”

Holland said post-race, “Had we had the full Olympic distance I think I might have been able to pick off one or two more places. That’s what we’ve been training for. I’ve been working hard on my heat adaptation, I’ve done a lot of sessions in the heat chamber, I felt ready to come here in these kinds of conditions and perform, so I was pretty disappointed I didn’t get a chance to do that today and to show my strength in the back end of the run. But my fifth place, I was pretty pleased with that.”

Bahrain Endurance 13 teammate Ashleigh Gentle finished 24th in the field, but the Australian focused on what she could take away from the experience. She said, “Despite not having a great result you can learn so much just being here and experiencing that and I think I’ll appreciate that a lot more once I’ve come away from it and look back and can actually that was very advantageous to be here.”

Parker was disappointed that the paratriathlon was turned into a duathlon, as the swim is one of her strengths. But over the 2.25-kilometer run, 20-kilometer cycle, and 5-kilometer run she fought hard, finishing only seven seconds back from compatriot Emily Tapp who claimed second behind Japan’s Wakako Tsuchida.

She said, “I found it really difficult in transition, going up the ramps in the race chair but it will not be like that for Tokyo. But the course is great, and I like the more technical bike.”

With another chance to secure selection at the World Triathlon Series Grand Final in Lausanne two weeks from now, their Olympic dream lives on.