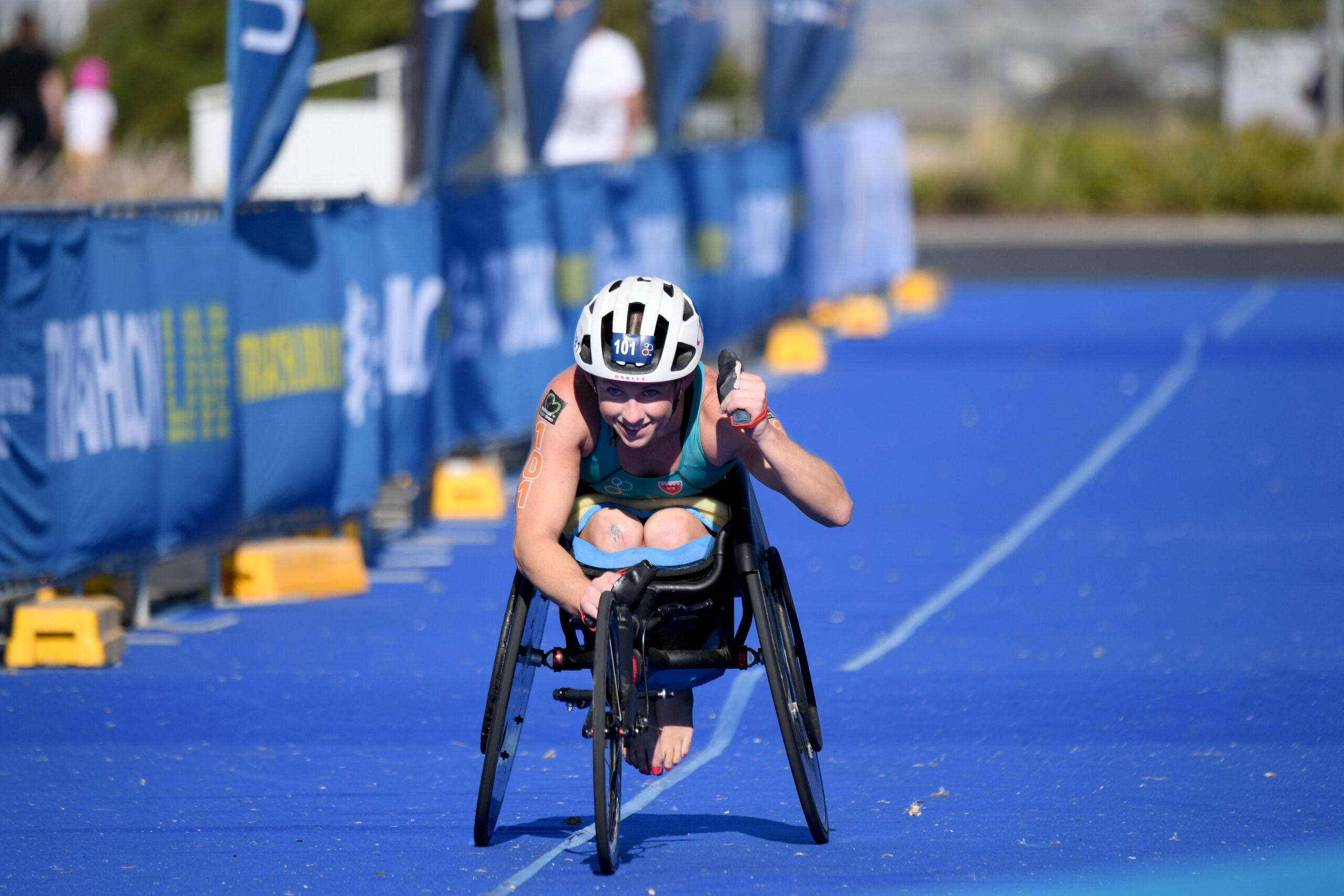 Lauren Parker has opened her 2020 season with a successful title defense at the Devonport Paratriathlon World Cup on Sunday, backing up her win at the Paratriathlon Oceania Championships in Newcastle this past January.

The reigning PTWC world champion won both races wire-to-wire leading out of the swim, increasing her lead on the bike, and emphatically crossing the finish line four minutes ahead of the rest of the field.

Whether through the choppy swim and cold windy conditions which she encountered in Devonport or in calm waters and a hot and humid climate as in Newcastle, Parker has dominated PTWC racing in the last two years and established herself as one to be reckoned with at every start line.

While the Australian team will be officially announced in June, Parker’s world championship win and race record bode well for her selection. She is keen to keep improving and become the one to beat at the Tokyo Paralympics.

Parker said, “I’m improving but there’s still a lot of work to do. A lot of improvements can happen before Tokyo and the run is definitely the area that needs the most work.”

Her next race will be the Sarasota-Bradenton ITU Paratriathlon World Cup on March 22, which is set to make history as the first paratriathlon ITU race to offer a professional prize purse.