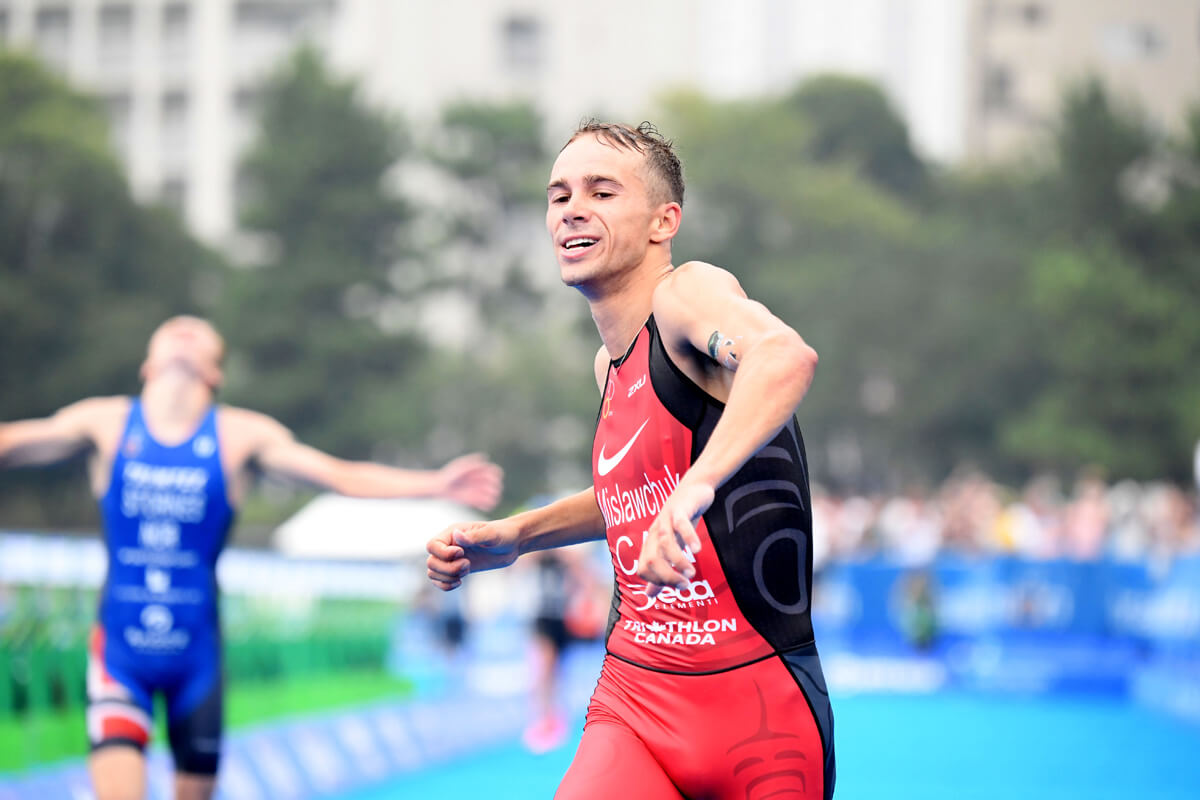 Tyler Mislawchuk on track for Tokyo

Tyler Mislawchuk is heading for his second Olympics, and this time he’s going there to win.

Five years ago, Tyler was one of five rookie athletes selected by Triathlon Canada for the Rio Olympics. He was the youngest on the starting line. For Tokyo, he will arrive with more experience under his belt, especially from winning the qualification race back in 2019. Successfully overcoming the warm water and weather conditions at Odaiba Park to triumph over the field, he knows what it will take to win on the course.

“You could say a lot has changed since the Rio Olympics,” he says. “I was 21, now I’m 26. I’m definitely a different athlete, different person. It feels like a lifetime ago. One race I was happy to be there and take part. For Tokyo, I’m happy to be there but that’s not the main goal. The main goal is to perform and win a medal. I think anything else than winning a medal for me, I’ll see as a failure. Others might not; there are people that are happy to get into the Top 5. But for me, it’s a medal or bust.”

Tyler is currently training in Kona, Hawaii to simulate the conditions he expects to face once again. He will be wiser in training this time around. In 2016 he trained harder than he ever had to make the team and finish 15th in Rio, only to incur a femoral neck injury which put him out of contention for the rest of the season.

He reveals, “I ended up not being able to walk or train or do anything for five months. I was on crutches and a cane. It was a tough injury for myself. I would say that was a defining moment for me and made me realise how much I did love this sport.”

He is fifth in the individual Olympic qualification rankings, thanks to the test event result and some consistent Top 10 finishes in World Cup and World Triathlon Series races. This has earned Canada one quota spot, which many expect should go to him in discretionary selection being the top-ranked Canadian. He has certainly worked hard enough to make the choice easy for Team Canada.

According to Bahrain Endurance 13 team CEO Chris McCormack, Tyler reminds him of Canadian Olympic gold medalist Simon Whitfield, who took the lead in the Sydney Olympic race with 200 meters to go. “Tyler is one of the world’s best hot weather racers; all those races he’s been successful at on the World Cup level are hot races. He also won the test event in Tokyo, so he’s the only person who’s won on this course,” he says. “He’s got enough momentum to potentially be the athlete that could upset Vincent Luis because of his dynamic run, and in particular his performances against other athletes in the conditions the Olympics will be run in.”

Expect this young talent to do his best to live up to Canada’s Olympic triathlon legacy while treading his own path toward Olympic glory.