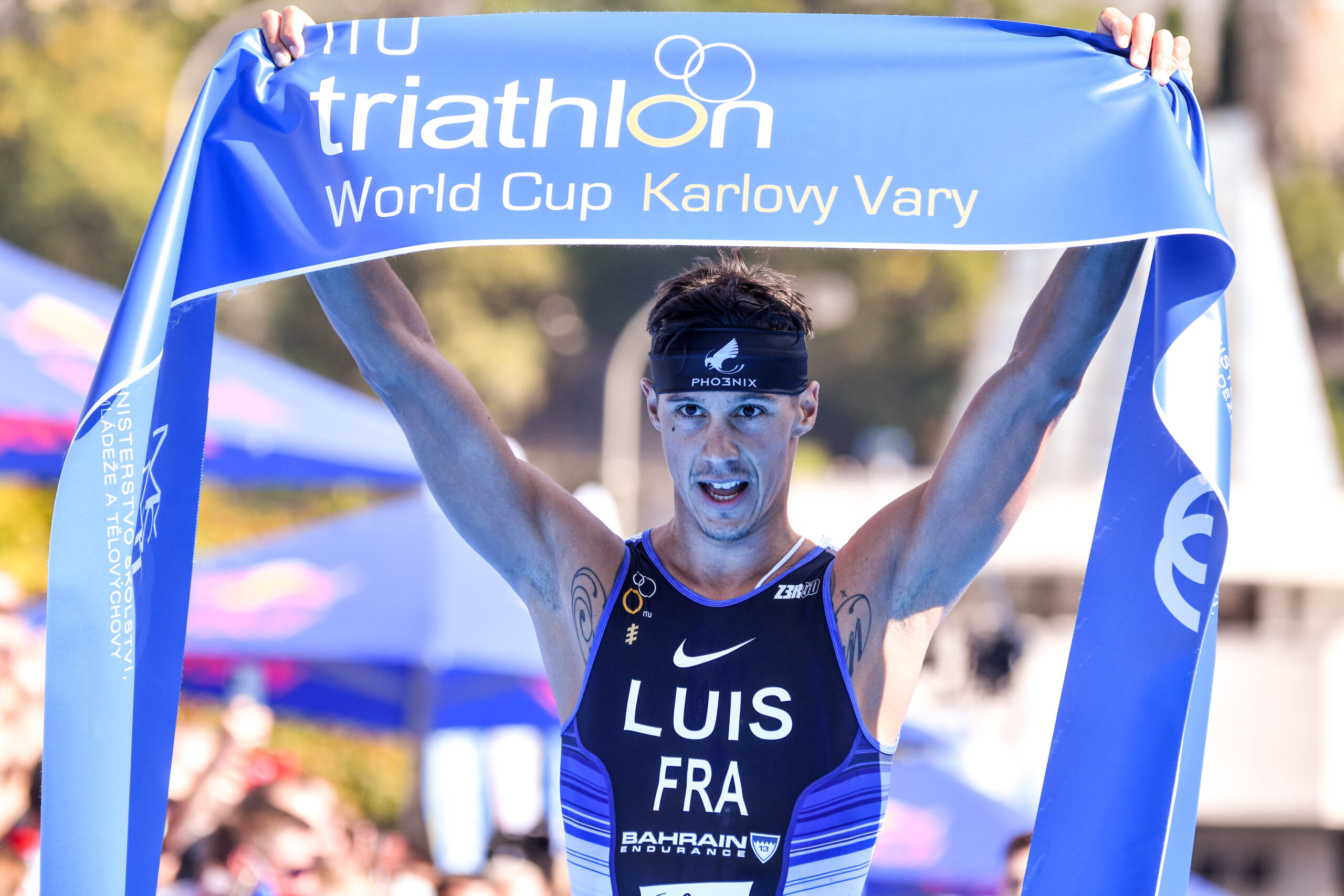 Back to back wins for Luis

Racing action continued for the Bahrain Endurance 13 this weekend with speedy performances in Europe and Australia.

Vincent Luis took top honors at the ITU World Cup in Karlovy Vary in the Czech Republic, clinching his dominance over the Olympic distance in 1 hour, 52 minutes, 14 seconds. The Frenchman bested Vasco Vilaca of Portugal once again, mirroring his triumphant performance at last week’s world championship in WTS Hamburg.

After an excellent swim in the front pack, Luis and five others including Vilaca initiated a breakaway straight out of transition, alienating the rest of the field from the podium chase over the hilly seven-lap bike course. In the final lap on the way to transition, a crash took out two athletes in the rear of the group as Luis, Vilaca, and Germany’s Jonas Breinlinger got away.

Luis attacked out of the gates on the run to put some daylight between himself and Vilaca, which held all the way to the finish line and was good enough to stay away from the rest of the chasers.

“It’s really nice to race as the World Champ,” said Luis post-race. “I couldn’t do this race last year and Karlovy Vary is an amazing race. It’s a tough race; it rewards the best swim-bike-runner… That was a really good group on the bike and it’s a shame they crashed there with one kilometer to go, but it’s the kind of race I like to do like we did last week in Hamburg: a quick breakaway on the bike where everyone’s working and then we just fight against the big runners.”

Kristian Blummenfelt began the race despite suffering from a bout of food poisoning, which had taken Norwegian compatriot Gustav Iden off the starting line. While he did well to finish the swim and hang onto the back of the chase group on the bike, Blummenfelt ultimately withdrew in the final lap of the bike.

Meanwhile, Ashleigh Gentle claimed third place honors at Ironman 70.3 Sunshine Coast. While she emerged second out of the 1.9-kilometer swim, she lost nearly five minutes over the 90-kilometer bike which was plagued by rains. In the concluding half marathon she showed her run strength, running her way back onto the podium.

This was Gentle’s second medal and second half distance race, having won Ironman 70.3 Xiamen last year to qualify for the Ironman 70.3 world championship.

In his third consecutive weekend of racing, Javier Gomez won the Santander City Triathlon, a non-drafting Olympic distance event. It was the first time the city of Santander had held a sports event since the COVID-19 pandemic had been declared.