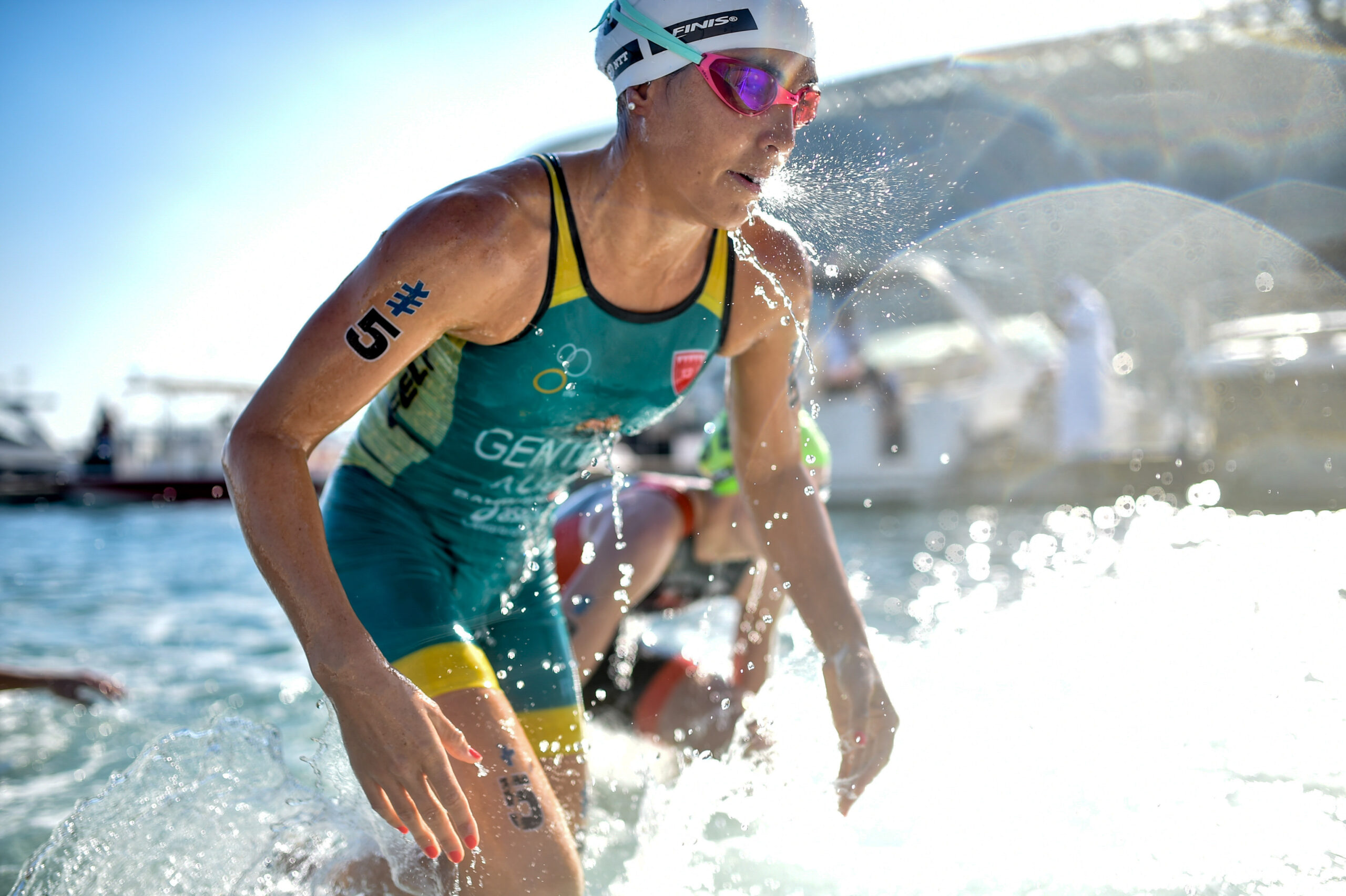 Gold and Silver relay medals for Gentle and Kanute

Ashleigh Gentle and Ben Kanute helped bring gold and silver to Australia and the USA respectively at WTS Abu Dhabi in the Mixed Team Relay event. With team results counting toward qualifying for individual spots at the 2020 Olympic Games in Tokyo, the two are that much closer to making the Olympic dream a reality.

Gentle, who placed 10th in the individual elite race the previous day, gave Australia a strong start in the first of four nonstop legs of 300m swim, 7.6km bike and 1.5km run. Despite the bike firepower on the American side from Taylor Spivey, Gentle worked her way into second place by the end of her leg to tag Luke Willian for the second leg.

Kanute fended off the hard-charging Willian to keep the USA in the mix on the second leg, limiting the damage to a 10-second gap at the hand-off as Australia took the lead. On the third leg, Emma Jeffcoat of Australia and Katie Zaferes of the USA worked together on the bike to manage a breakaway before settling matters on the run where Zaferes took an 18-second lead over Jeffcoat. However, in the anchor leg Jake Birtwhistle chased down Eli Hemming to clinch the win for Australia.

“I was happy with my leg today and felt like I set it up really well for Luke who did amazing. He and Emma are debutants on the mixed relay team and we came together really well, the four of us,” said Gentle.

Fellow Bahrain Endurance 13 teammate Vicky Holland led off for Great Britain, which ultimately placed seventh. She also finished eighth in the individual event. She said, “I feel like I’m in better shape than maybe I got to show, but I also feel like I’m in alright shape at the start of the season.”

While Vincent Luis did not end up racing on France’s relay team, he did manage the Bahrain Endurance 13 team’s highest finish in the individual race, ranking fifth despite still feeling flat from racing Super League Triathlon two weeks ago. “I tried for the first two laps to push the pace with Ben [Kanute, who eventually finished 29th], we worked together which was great, but then we got caught by the second group which were the runners,” he revealed. “I felt a bit tired but I wanted to race as I do, at the front. At the start I tried to lead the swim and push at the start of the ride, and on the run ended up fifth. Not too bad for a bad day.”