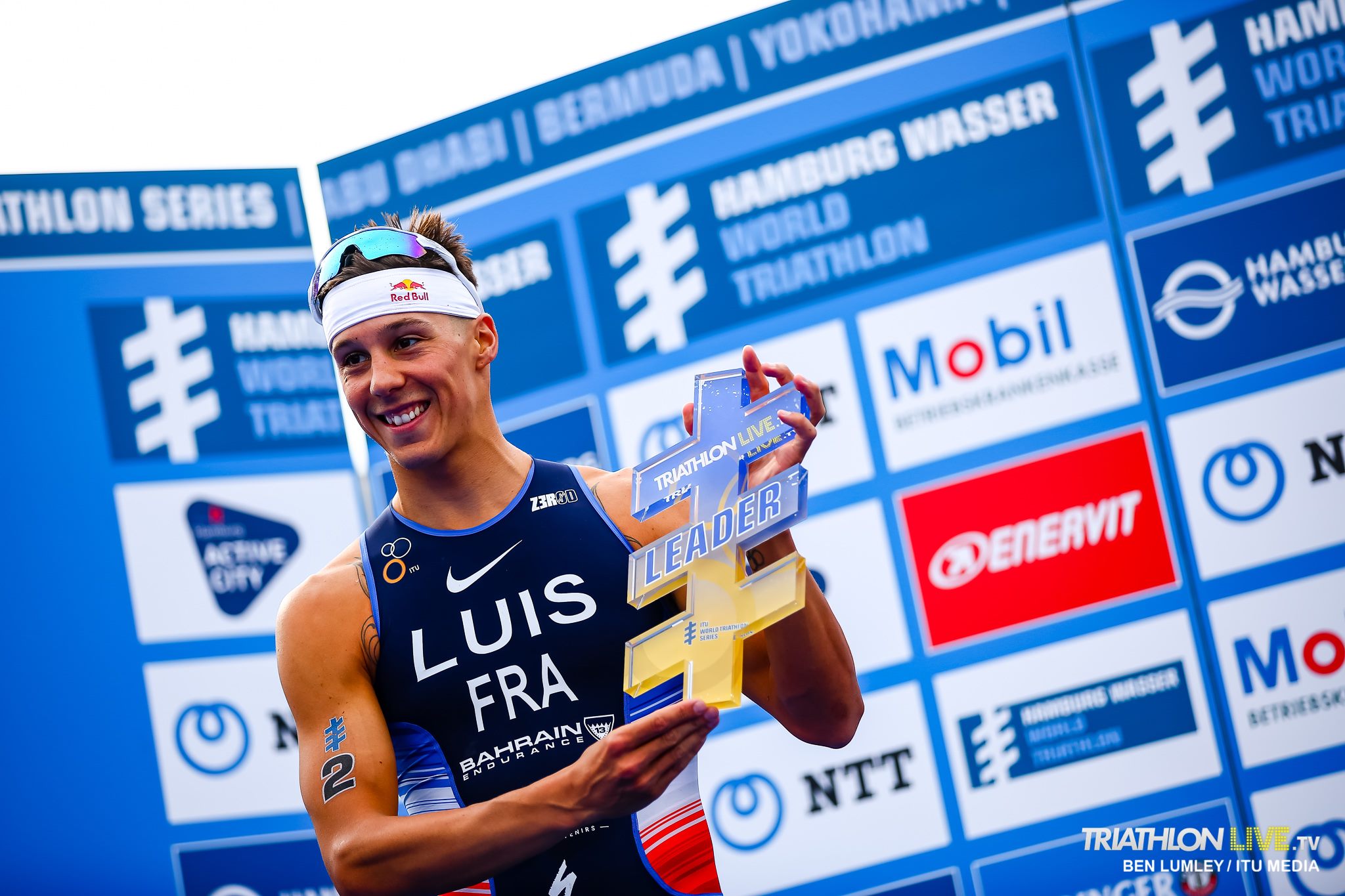 Riding in a massive train formed on the bike after a quick 750-meter swim, Luis and Gomez managed to avoid a disastrous pile-up when the leaders crashed on the rain-slick course halfway through the 20-kilometer course. It would be on the run where the athletes turned up the pace again. Luis put on the afterburners in the final 500 meters which proved too soon, as training partner Jake Birtwhistle had an answer for the surge and outsprinted him to the finish. However, Luis gained enough points to get back on top of the world rankings. Gomez’s eighth place finish bumps him up to world #2.

Luis said, “I train with these guys every day so I know their weakness, and they don’t have a lot. I know Jake has no weakness. So I just knew I had to go all out, try to play my card but today it wasn’t enough, he was stronger than me.”

Vicky Holland finished 9th in the women’s division after serving a penalty for a false start.

Bahrain Endurance 13 long-distance talents were on full display at Ironman Austria, as Daniela Ryf won in her maiden appearance at the event and David Plese took third in the men’s race.

Even with this result, Ryf felt she could have done more. She said, “It was kind of perfect conditions, but my body wasn’t in a perfect condition. It was kind of an okay race, I felt good but didn’t have that extra to get out of my comfort zone to really smash it. I really enjoyed it, the bike was really amazing, I just wish I could have pushed a bit harder but it was all I had today. And then on the run, the crowd was amazing and I’m really sure I wouldn’t have made it today [without them].”

The men’s race saw excitement at the finish line as Plese battled Stenn Goetstouwers in a sprint finish for second. While he had to settle for third place finishing just eight seconds behind Goetstouwers, Plese was thankful he had finished at all. He said, “I had a big crisis at the 35th kilometer. I went for pizza and three gels… I put everything in and I started to see properly. So, really happy today.”