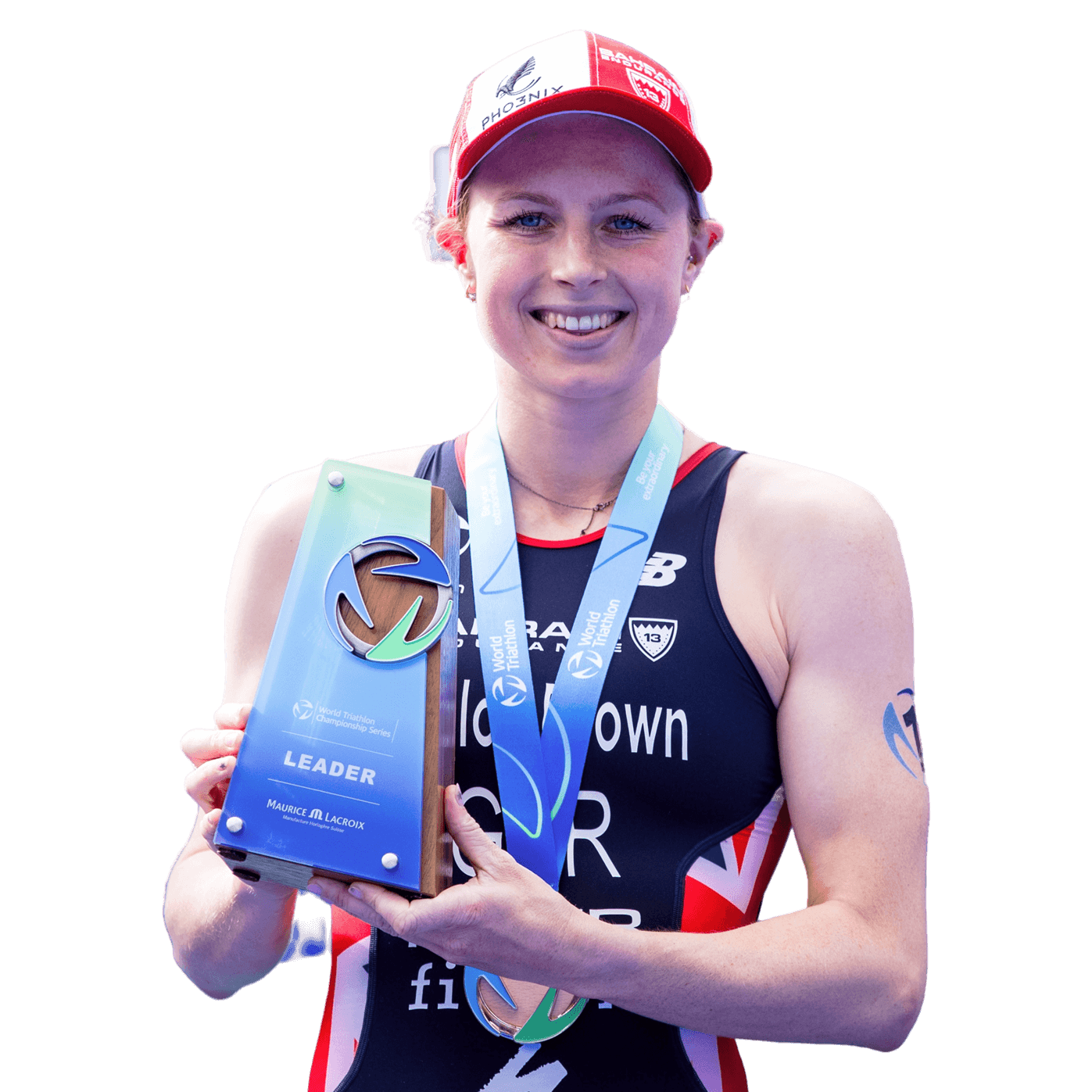 The past Olympic cycle has seen Georgia Taylor-Brown’s star rise to the pinnacle of sporting achievement: her breakout performance at the Tokyo test event, a surprise world title in Hamburg in 2020, and finally a silver in the individual and gold in the mixed relay to become the most successful Olympic triathlete at a single Games.

Never resting on her laurels, in 2022 Georgia won Commonwealth Games individual silver and team gold and also became the World Triathlon Sprint Distance champion. She was the only athlete to challenge the legendary Flora Duffy for the World Triathlon Championship Series title, holding the #1 world ranking until the nail-biting final in Abu Dhabi. The British athlete also defended her Super League Triathlon championship series title in dominant fashion, winning three of five races over the span of eight weeks and leading the Bahrain Victorious Scorpions to an overall team win.

For her services to triathlon, Georgia was ​​appointed a Member of the Order of the British Empire (MBE).

Georgia started running at 12 years old and began swimming even younger at 5, encouraged by her father who represented Great Britain in the 800 meters and her mother who was a national level swimmer and club runner. Selected for the British Triathlon Olympic Development Squad, she saw early success at junior level – then battled to bounce back from injury to make the national squad.