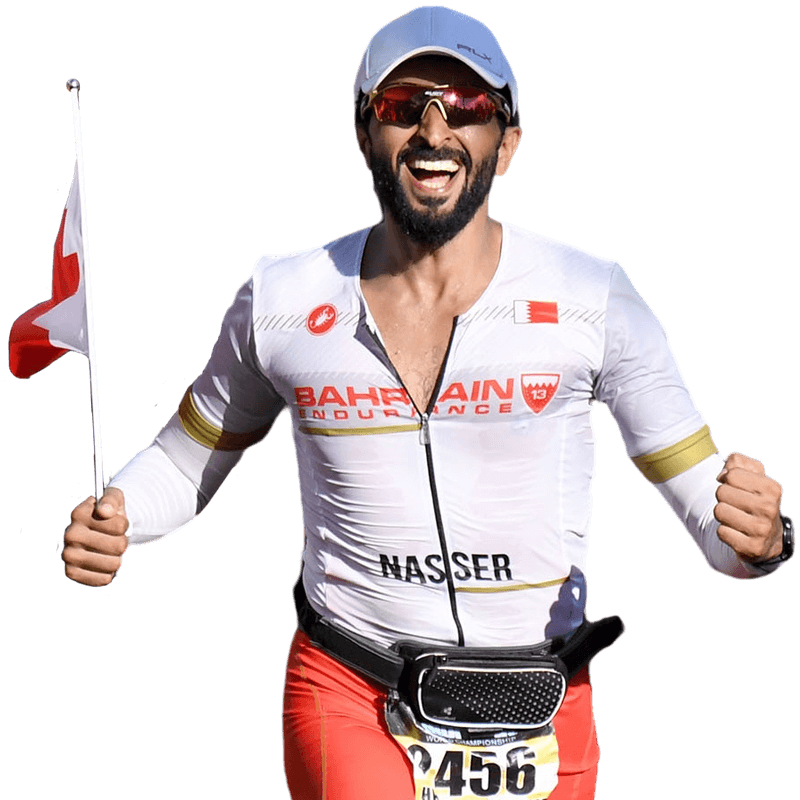 His Highness Shaikh Nasser Bin Hamad Al Khalifa has been actively involved in promoting endurance sports worldwide and in the Kingdom of Bahrain and the GCC as the Representative of His Majesty the King for Humanitarian Affairs and Youth Affairs, Captain of the Bahrain Victorious 13 and former President of the Bahrain Olympic Committee.

The “Prince of Sport” is an endurance athlete and world champion triathlete. His Highness believes in leading his people by example, and that through triathlon and participation sports, his people can enjoy a better life.

His vision of a better health and future for Bahrainis through endurance sport spawned the elite Bahrain Victorious 13 team, seeking to promote triathlon and its healthy lifestyle and values through this all-star team racing for key world titles. He has personally handpicked and shaped this team that has not only become the most successful in triathlon history, but also has changed the landscape of sporting excellence and healthy lifestyle in Bahrain and the Gulf region for the better.