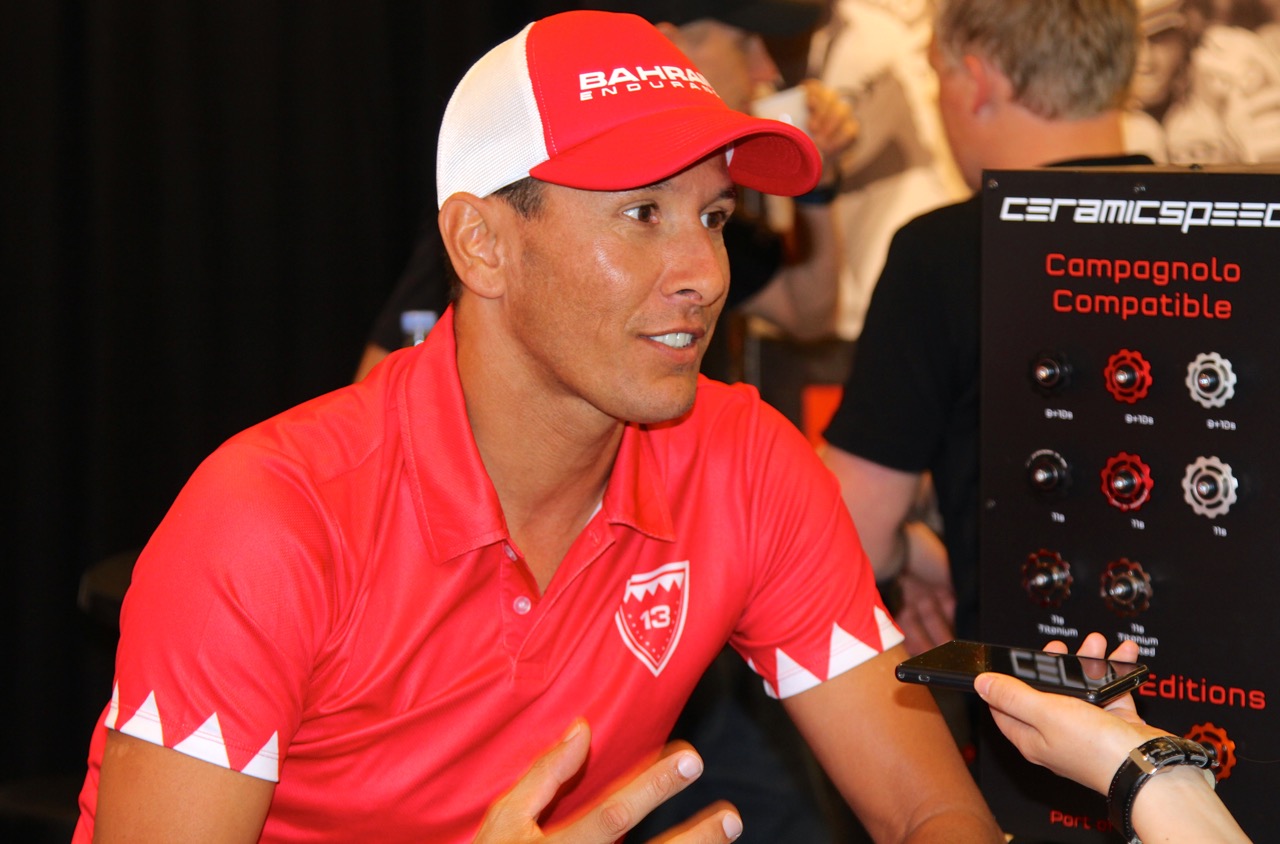 From bursting onto the triathlon scene as an unknown to claiming four world championship titles, Chris “Macca” McCormack always came to win. But his professional racing career was only the first phase in his quest for success.

I am not sure if there is a huge difference between being an athlete and being a businessman. While output and goals are different obviously, I believe the mindset is identical.

I think my biggest asset has always been my desire to pursue opportunities. I was a very hyperactive child, so I think I naturally grew up into this sort of mindset. Sport gave me the capacity to structure and align that chaotic energy. It’s an old saying, but I guess the harder I have worked the luckier I have got. If that is entrepreneurial then so be it. I have lived this way my entire life.

From the onset I came to the sport and looked at it entirely as a business and my product being athletic success. I never hunted for the accolades or the pats on the back. For me it was always about commercialising the product I had (sport) to the best of my abilities.

I took control of my career very early on and was able to build with a team of people I employed and managed. There was not a single commercial or athletic planning decision in my career that I was not a part of. I know many athletes opt to outsource that to coaches and managers, which is important in some degree, but by not being part of that decision making team, you are at a huge disadvantage. I was the CEO of my own world, and treated everything as such. Is this business acumen? I don’t know. It is a big part of my personality and the culture I believe in.

When I look back on it now, I was like a startup company that took off and was well-led by myself and driven by a great team of people that believed in the product as much as I did, and were motivated and courageous enough to stay committed to the journey. Many people in business live this day to day. I didn’t do anything special.

I think the issue with many athletes is that they focus more on the physicality of the work they do, and don’t really understand how they execute that physicality with what they do mentally. I always saw my biggest strength as a sports person was that I was much more of a cerebral athlete than a physical one. I think physically I felt insecure about my attributes, so I focused heavily on how I could take what I had to get the outcome I was after.

I applied many of the lessons and cases we studied at university and made them applicable to my life. I truly believe that my decision to wait to finish college before pursuing a professional career in sport was a blessing. The ability to apply that knowledge on a more mature mind was a benefit.

Through high school I was always very solid in mathematics and economics. I earned a sports scholarship at one of Australia’s most prestigious universities, the University of New South Wales, and was able to enter into a Commerce degree. I opted to major in Finance and Accounting. I graduated with a Credit average through university and opted to do my postgraduate degree and earn a Masters in Accounting as I enjoyed the challenge of preparation, testing and a clear outcome from the successful execution of those things. Accounting and Finance were very clear in this space — you are either right or wrong. I loved it.

I never ever wanted to be that cliche coach-slash-former professional athlete. I don’t think I would be an amazing one-on-one coach; I believe that athletes need to lead that journey, and I would struggle with those who pursue the outsourced way of doing things. It is just not me.

Upon leaving sport, I was headhunted to lead in the development of a 250-million dollar sports centre in Asia as the Executive Chairman and built a team of over 350 people who rolled out the Thanyapura Sports complex (Asia’s premier sports and wellness resort). Then I focused on the delivery of Thailand’s first-ever United World College, which is one of the world’s premier international schools. I loved this challenge and it was the perfect transition for me out of sport to give me the focus on what it takes to lead teams and pursue a direction that was very unfamiliar and new to me, make decisions without knowing outcome and ultimately successfully completing the task.

It was a wonderful four years of my life, and I used that as a stepping stone to build my own consulting entities and companies.

I always believed I would transition into the business and finance space. In a strange way I saw myself as a person who would thrive in the startup space trying to execute on ideas. I love the challenge and had developed a very solid network of people throughout my career who I could tap for mentorship.

I have three really solid mentors in my life that bring many different characteristics to the table. My best friend Mick Gilliam has known me my entire life, so I go to him for more of a grounding and perceptive mentorship. We have an age gap of about 14 years, so his perspective comes more as character assessment or a brotherly talk than anything else.

I also look to very successful businessmen that have been involved with me as a friend through my sports career and now help me navigate the reality of business. Tony Pritzker is a close friend and a person I turn to a lot on decisions I make. Chris Parker is someone who entered my life later but is closer in age to me and gives me courage to continue to push and think things through. Both these gentlemen are billionaire businessmen and have built empires off the back off networks and pursuing an idea.

I also look at people in my life from a leadership capacity who continue to impress me. For the last six years, working alongside His Highness Shaikh Nasser Bin Hamad Al Khalifa has been remarkable. To see his leadership qualities and his ability to multitask so many responsibilities, yet not rush to make decisions on things without pulling from his trusted team is something I admire. HHSN is younger than me by more than a decade and it gives me an opportunity by working with him to understand how he thinks and manages his enormous responsibilities, maintains balance in his life, and takes on so much.

Excellence is contagious. So being around it I believe is a great thing.

I developed my consulting company called The Minc Group in 2014 which was just acquired and will become the MANA Sports and Entertainment Group. This is a boutique sports agency in a similar ilk to IMG but with the flexibility and ability to pivot that gives us an advantage in the very competitive yet fast moving world of sports and entertainment. Through this company we run the Bahrain Endurance 13 team, which is the world’s most successful endurance racing team and has changed the racing landscape within the sport of long-course triathlon and the entire triathlon space. The emergence of teams in triathlon and the evolution of the competitive depth of the sport has all stemmed from this team.

I launched the Super League Triathlon series, which is now in its third year of global racing and has raised over 50 million dollars in funding to relaunch the sport of triathlon into a global league of the world’s best athletes competing week in week out over distances and formats that make it less predictable. This has been a huge success, and expanded our offices from Singapore into London.

I also work specifically on African Parks Network with the conservation of African animals. This is something I am obsessed with; the environment and conservation are two things that sit very close to my heart. We also manage and secured the Pho3nix Foundation and all the sporting assets and projects they control globally.

My post-sports career has gone in the direction I was hoping, but I think the takeaway was I had the courage to pursue that direction. It has been the greatest learning curve of my life, and I thoroughly enjoy the challenges and the obstacles that come at us everyday. I feel like I am at the start of my athletic career again and it is invigorating to sink my teeth into things and go after them.

The page you requested could not be found. Try refining your search, or use the navigation above to locate the post.