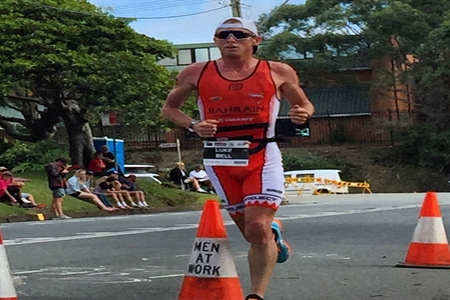 Aussies kick off racing in America at Ironman 70.3 Vineman

With the Australian winter in full swing back home, its triathletes have begun the yearly migration to race in America’s summer. Among them are Bahrain Endurance 13 members Sam Appleton and Luke Bell, who will toe the start line at Ironman 70.3 Vineman this Sunday.

Bell has spent the last few months deep in training. He expects to find race sharpness at Vineman, which is two weeks out from his mid-year target of racing Ironman Canada. “Vineman has always been one of the major events on the US circuit and favourite of mine,” he says. “The fondness is aided by placing both 1st and 2nd there in the past. The field assembled is always first class and this year is no different with in form athletes, internationals, Olympians and multiple world champions toeing the line such as Craig Alexander, Tim O’Donnell, Sam Appleton, Tyler Butterfield and Kyle Buckingham from South Africa.”

Appleton won Ironman 70.3 Cairns early in June, besting multiple world champion Craig Alexander in what is being touted as a growing rivalry between youth and experience. They will again face off this weekend. Appleton says, “This event is an important stepping stone in my lead up to 70.3 World Championships in Austria. I have been based over in Boulder for the past month and training has been going really well so I am excited to see what performance I can produce.”

Expect these Aussies to turn up the heat and turn in prime performances.