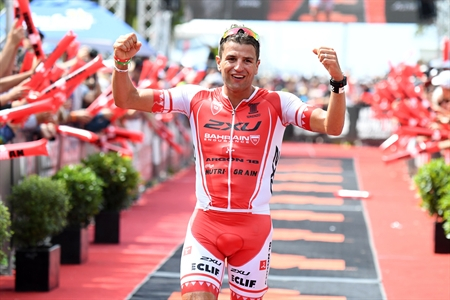 Bahrain Endurance 13 take on The Championship

Alistair Brownlee will once again race over the half distance, this time facing a stellar field at The Championship held by Challenge Family in Samorin, Slovakia. As the Olympic champion in Rio, he received an invite to the qualifier-only event with a total prize purse of 150,000 Euros.

The dual Olympic champion aims to continue sharpening his race strategy, even after winning both half distance races at Challenge Mogan-Gran Canaria and Ironman 70.3 St. George. He says, “It’s another race over middle distance, and I want to make sure I keep improving. I didn’t get my nutrition quite right in Utah so I want to get that right this time round.”

He also relishes the chance at a fast race against fierce competition. Fellow ITU stalwarts Richard Varga and Richard Murray who he last raced against at Super League Hamilton Island will be making their debuts over the distance at The Championship. “It’s a flatter course with a good field assembled so it will be competitive. It will be interesting to see what impact, if any, the 20-meter draft rule has,” Brownlee says. “I’m fitter than I was and I’m looking forward to it.”

Terenzo Bozzone will be lining up at the start as well in his first race in Slovakia. The 2008 Ironman 70.3 world champion has set his sights on Challenge Roth in six weeks’ time and is racing The Championship in the lead-up to it. “This race will be a real test to see where the body is at. What better way to do it than against a top field and championship race?” he says. “It is great to see this initiative by Challenge Family has brought the best competitors in the world to the start line all in good shape.”

Bozzone has stayed close to home in the past few months after the birth of his second child, daughter Zaya. He says, “It will be a tough time away from them, but all the more reason to make it count.”

A contingent of ten athletes from Bahrain have also come to compete, led by His Highness Shaikh Nasser Bin Hamad Al Khalifa and his coach Mikel Calahorra. While His Highness has had a busy schedule with new responsibilities assigned to him by His Majesty the King, Calahorra says Shaikh Nasser is in better shape than ever.

Even as Ramadan has started, these athletes are still training consistently. Calahorra says, “With fasting we need to be careful, mainly training at night. If we have only one session training we will do it around two hours after breaking the fast at sunset so that the body has a chance to absorb food and hydrate after a long day of fasting. If we have a double session, one will be easy or aerobic. That one will be done just before breaking the fast. Then the second one will be 3 to 4 hours later to allow the body to rest and assimilate all the nutrients that it didn’t get during the day.”

Calahorra says of the prince, “He is really excited about the race because he has always been lucky and on the podium in Challenge races. Also the terrain suits him very well. It is even flatter than Bahrain so he is really excited and focused, convinced he will get a great result in this first world championship he is taking part in.”