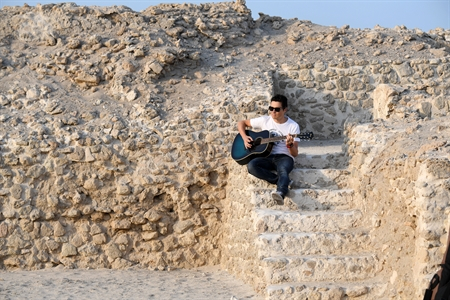 Bahrain Endurance 13 Team back in action

Ryf is back to defend her title, won at the inaugural edition of Ironman 70.3 Dubai last year. The race is also once again the first leg of the Nasser Bin Hamad Triple Crown, and the Swiss star is targeting another run at the million-dollar prize for winning each race of the series.

“I’m looking forward to start the season in Dubai. It will be a good test where I’m at after a little camp in Cyprus,” she says.

Her compatriot Steffen is fit and ready after a good training block in her new home in Port Macquarie just north of Sydney. She says, “I’m happy to come back to Dubai in better shape than last year. It looks like a very strong female field, so I can’t wait to test myself against the best including teammate Daniela and also support the Nasser Bin Hamad Triple Crown.”

Gomez’s participation signals his return to top competition. Dubai will be his first big race test after winning the Rotorua Half Ironman on holiday in New Zealand at the end of last year. The Spaniard says, “I am excited to start a new season after 2016, where things did not go as I expected.” The 2014 Ironman 70.3 World Champion was beset by illness and injury last year and was unable to race at the Rio Olympics. This year will see him racing in more half-distance triathlons. “The main goal for the race in Dubai is to validate my guaranteed slot for the Ironman 70.3 World Championships in case I decide to race it. Dubai will be a good test to determine my fitness after the past few weeks of training.”

The 2017 race of Ironman 70.3 South Africa will be Jodie Cunnama’s seventh time to race in Buffalo City. She holds a record six consecutive wins here, and aims to make it seven. She says, “South Africa 70.3 is one of my favorite races of the year. This is a tough race: sea swim, hilly bike, and a hilly run and I take nothing for granted going into it. Each race is a different game and just because you have won it before, it doesn’t mean you are guaranteed to again — but that’s the challenge!”

The two-time long-course world champion from Britain wed longtime partner James at the end of last season and spent the holiday at home in South Africa. She reveals, “I have done some decent work and although this is still relatively down season I am more than ready to ‘jump back on the horse’ again.”