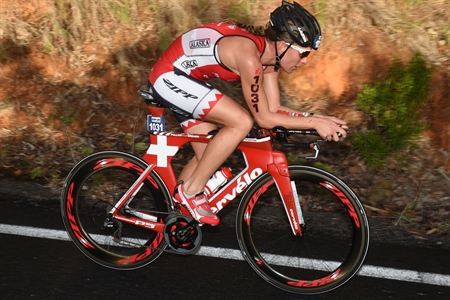 Bahrain Endurance take on the Sunshine Coast and the Baltic Sea

Caroline Steffen, Luke Bell, and Terenzo Bozzone will tune up for Kona, while Josh Amberger seeks a comeback from injury at Ironman 70.3 Sunshine Coast. Eric Watson enters Ironman 70.3 Ruegen on Germany’s largest island in the Baltic Sea after a big training build-up in Bulgaria.

Steffen will be defending the title at her hometown race in Mooloolaba, also the chosen venue for the 2016 Ironman 70.3 World Championship. She says, “To race and perform well as a race ambassador in front of my Australian friends and fans means a lot to me. Very important last race in the lead up to Kona and also as a little test for next year’s 70.3 World Championship.”

Bell has also been training in Queensland, quietly preparing for the Ironman World Championship. “Having such a high-quality race only a short drive away is the perfect scenario. It will be great to break up the training with a hard race and quality field that includes Ironman and 70.3 champions and world champions,” he says. “It is always good to toe the start line, feel the excitement and release the energy. As they say, ‘grip and rip.’”

The race and venue also hold special significance for the Kiwi. “Mooloolaba was the start of my international career of racing and the end of my ITU career. The good memories outweigh the bad and I hope to make a few more good memories. My brother Dino is also doing his first triathlon in 14 years and his first 70.3 distance race. Hopefully I can still beat him!”

Amberger, part of the Bahrain Endurance Racing Team, had been training for the 70.3 World Championship in Austria before a freak injury sent him home early. He now seeks to jumpstart the rest of his season on the Sunshine Coast. He says, “Inspired by the recent performances of my Bahrain Endurance teammates in Zell Am See, I’m extremely motivated to turn my season around this weekend in the Sunshine Coast 70.3. While the timing might not be ideal due to the recovery from a recent injury, the desire to perform is strong and you never know what may materialize on race day.”

Fellow racing team member Watson will be toeing the start line at Ironman 70.3 Ruegen. The young Aussie is best known this year for coming first out of the water at Ironman 70.3 Cairns and also completing a 35-kilometer charity swim from Saudi Arabia to Bahrain in record time. He has been working on his cycling and running while on training camp in Bulgaria away from the summer heat in Bahrain, where he is based. He says, “I just need the work to come together race day. As a professional we can never know the outcome but do our very best in our work leading up to each race. This preparation has been far better than anything I’ve done so far this year.”