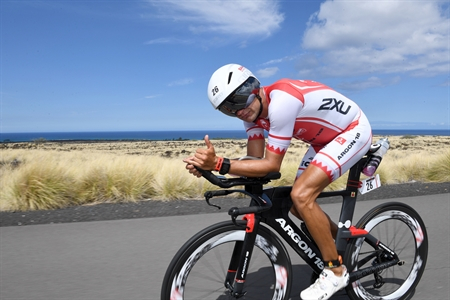 Bozzone’s back, Hoffman does the double

Terenzo Bozzone returned to the top spot with his win at Ironman 70.3 Miami over the weekend. The former 70.3 world champion had suffered a DNF at the Ironman World Championship in Kona, Hawaii only two weeks ago but was back in fighting form in Key Biscayne. After exiting the 1.9-kilometer swim leg 10 seconds down, the Kiwi stormed to the front of the field with the race’s only sub-2 hour split over the 90-kilometer bicycle leg. He then held onto his lead with a 1:15:00 half-marathon to win in 3:42:10, more than a minute clear of any challenger.

Meanwhile back in Hawaii, Ben Hoffman bested last year’s finish at the XTERRA World Championship in Maui by placing 7th in the field of off-road specialists. Finishing in 3:01:42, he also defends his Outrigger Double award with the fastest cumulative time from his finish here and his 8:13:00 at the Ironman World Championship.