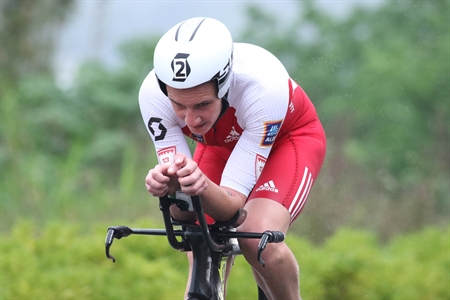 Brownlee back on the top spot in Liuzhou

Alistair Brownlee took out a wire-to-wire win at Ironman 70.3 Liuzhou, backing up successfully from his silver medal-earning performance at the Commonwealth Games mixed relay.

Brownlee walloped the star-studded field with the fastest swim and bike times of the day to give him a seven-minute lead ahead of Craig Alexander onto the run leg. Brownlee held on for the win as Alexander was only able to claw back four minutes before running out of road.

The dual Olympic gold medalist said, “Great to win at 70.3 Liuzhou this morning. Not the prettiest performance and I got the job done. Thanks for all the support on the course.”

Ben Hoffman ticked off his qualification to race Kona by finishing the Ironman African Championship despite severe back pain forcing him to walk most of the marathon. While the two-time champion at Port Elizabeth was unable to defend the title, he won the hearts of everyone on the course he cheered on, and the respect of the triathlon community for honoring the distance by finishing no matter what.