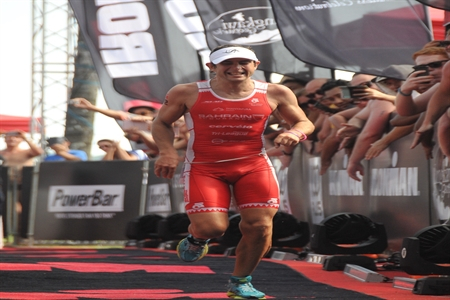 Hometown races for Croneborg and Gross

Bahrain Endurance will be racing in their own back yards this weekend, with Phuket-based Fredrik Croneborg hopping across to Indonesia for Ironman 70.3 Bintan and Canadian Sara Gross heading to Challenge Penticton.

Croneborg has raced here on numerous occasions over his years in Asia. “I must have raced nearly 10 times in Bintan by now and I like the course there and know it very well,” he says. “Not sure how well I will be recovered from Embrunman but after coming back to Phuket a few days ago I’ve felt better and better. It will be a hot and humid race and I target to get on the podium.”

Gross enthuses about the Challenge Penticton week-long triathlon festival which will include a cross triathlon, a duathlon, an aquathlon, kids’ races, and the long-course triathlon on Sunday. “It’s been a long road back from multiple injuries and while I am not on top form yet, I am equally excited to speak as I am to test my fitness,” she says. As part of her advocacy towards equality of women in sport, Gross will be speaking at the “Wine, Women, and Sport” event on Friday alongside Canadian Olympic medalist Silken Laumann.

Meanwhile, six members of the Bahrain Endurance 13 will be racing at the Ironman 70.3 World Championship next week: Daniela Ryf will attempt to defend her title alongside Caroline Steffen, Terenzo Bozzone, Brent McMahon, and Sam Appleton.