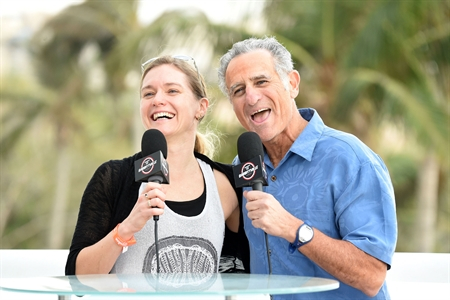 In May I had a freak accident while riding my bike in which my fender crumbled like an accordion and stopped my front wheel dead. As dictated by the laws of physics, my body and the rear part of my bicycle maintained our forward momentum, pivoting over the now static front wheel and driving towards the ground with fair centripetal force. And as I lay supine tasting blood, crippled with pain in my left shoulder and right arm, I looked up through the trees and thought “Damn, I’m lucky.”

As the days have passed I’ve wondered if how we deal with setbacks determines our success in sport and life. It is well-known that elite athletes get injured, and with some frequency. Within the Bahrain Endurance 13 team, I can think of several recent setbacks; Jodie’s unlucky crash during Ironman South Africa, Jan’s calf tear (9cm!), Freddy’s foot and Brent’s illness before 70.3 St. George.

So what is it about an elite athlete that sets them apart? How do they carry on and often come back to fitness quickly?

While I can’t speak for others, I think it has a lots to do with self-belief and optimism – the belief that we will get back to full health quickly and the ability to get over ourselves and move in a positive direction.

Here are my top tips for cynics looking to create a more positive mindset:

1. There is no absolute truth.

A bit heavy to start, I know. But, in this one statement, I get to keep my attachment to my Gen X, postmodern belief system and can also choose my own “truth”. It’s brilliant. If 12 people can experience an event and each one describes it differently, why not choose which of your own narratives you will follow? In this case, one choice would have been, “Oh crap!! Now I won’t be able to train as much,” but instead I chose, “Since I won’t be able to train as much, I wonder what fun things I can do that I normally don’t get to do?”

Acting like someone who is worthy of winning an Ironman did actually help me win an Ironman. It helped because it put me in the right frame of mind in every moment to think, act and be like someone who wins. This is the only way to position myself on a level footing with competitors who had already won Ironman. This works for day-to-day events as well. If you start intentionally replacing negative thoughts with positive thoughts it will eventually become innate. This is Psych 101 – and it works.

3. Stop leaving things to “The Universe”.

I mean… I know that thinking that “The Universe” has a plan, works for some people and if you are one of them, fine. But I don’t really believe that the universe is conspiring for good or for evil on an individual basis. I do believe that if we have goals and dreams and we put them out there and talk to people about them and work hard towards them, then we are making things happen one butterfly-wing flap at a time. And while it may appear in retrospect that the universe helped you out, really, you helped yourself through your own excitement and drive towards your goals. Removing “the universe” from the process just feels more empowering to me. We all have the power to make things happen.

While I’m not going to tell you that you can get a parking space by imagining it, I will reluctantly admit that something is more likely to happen if we actually think it will happen. This to me is plain common sense. Even if you don’t really believe something will happen, go back to #2, pretend that you believe it for awhile and see what happens. It does work.

So back to my wrist and rehab. I have about 2 more weeks to go until I am “normal” again. In the meantime, I have been running and biking indoors. I’ve been working on some fun projects, like producing podcasts, attending conferences and hanging out with friends. AND, I have 2 more weeks!! AND, each day I am getting fitter. So what’s the downside? There isn’t one. And that’s the point.

As Ceasar said before crossing the actual Rubicon, “the die is cast” on my thinking habits.  Gather your armies of negativity, get over yourself and let’s go.