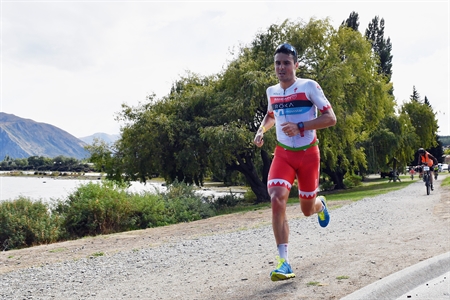 2018 is the first season that Javier Gomez has not been a major player in ITU World Triathlon racing for over fifteen years. With wins in Montreal and Abu Dhabi in 2017 the short course sabbatical was hardly forced, Gomez is already twice Ironman 70.3 World Champion and the call of Ironman racing has finally attracted his interest.

If this is the season Gomez ‘went long’ then his debut Ironman can only hint at the future. Second at Ironman Cairns behind Braden Currie was no easy feat given his own 2hour 41min run split and Currie’s course record. The current Ironman 70.3 World Champion, Gomez will surely relish the return of Frodeno and Alistair Brownlee as he attempts to cement his authority over the distance with all the major players in action.

Spare the silver at Ironman Cairns and wins at Challenge Wanaka, Ironman 70.3 Barcelona and Challenge Prague it has been an ominously calm year for Gomez, facing lack lustre competition in comparison to the field he will face in Nelson Mandela Bay. As the saying goes, ‘You can only beat who turns up’ and with the 2018 Ironman 70.3 World Champs start list finally containing both Brownlee and Frodeno, Gomez will have his chance to stake his claim as the best Ironman 70.3 athlete of the last decade.