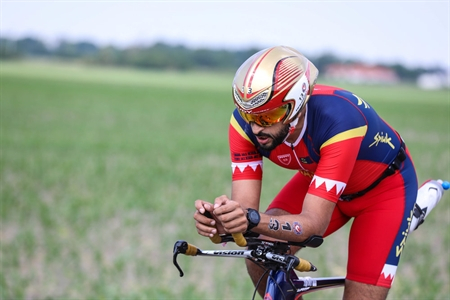 Ironman Texas – key focus for BE13

McMahon and Plese are on the hunt to qualify for the Ironman World Championship, while HH Shaikh Nasser is validating the spot he secured racing the military division at the Ironman Middle East Championship Bahrain.

McMahon says, “Ironman Texas is a new race for me. I like the comfort of competing on courses I’ve done well at but I also love going into a new race with no expectations. I just focus on my personal effort and taking the course and race dynamic as it comes.  No comparisons to previous paces or lap times, just going hard and fast on the day!” The Canadian is one of the world’s fastest Ironman competitors with four sub-8 hour finishes to his name. Can he make it five this weekend?

Bahrain Endurance will also be amply represented across other race distances this weekend. Ben Kanute is on the start list for WTS Bermuda, Javier Gomez is racing the Cannes International Triathlon, and Jan Frodeno will defend his Challenge Taiwan half distance title.