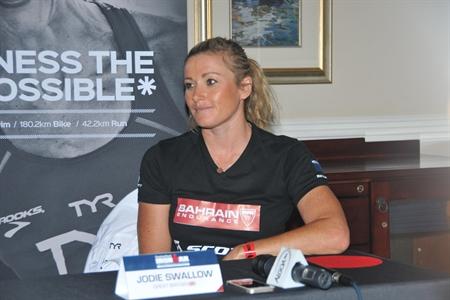 Massive weekend of racing action for the team

Bahrain Endurance 13 members have converged on Cairns with team captain His Highness Shaikh Nasser Bin Hamad Al Khalifa leading the charge for glory. James Cunnama joins the prince in the full distance Ironman Cairns after a strong victory at Ironman 70.3 Vietnam and a solid training block under the guidance of his coach and team director Chris McCormack. Fellow McCormack pupil and champion from the Vietnam race Caroline Steffen is set to compete in the 70.3 alongside Ironman 70.3 Busselton winner Sam Appleton and Bahrain ENDURANCE Racing Team member Eric Watson.

McCormack is in Europe for Challenge Denmark, where he will race as the cyclist on a team with fellow legends Thomas Hellriegel swimming and Luc van Lierde running over the half distance. In 1997 these three athletes took practically all the major titles: Hellriegel won the Ironman World Championship, van Lierde set a new world record over the full distance, and McCormack was concurrent ITU World Cup champion and ITU World Triathlon champion. Now in 2015 they are statesmen of the sport watching the new generation come through.

Javier Gomez is validating his Ironman 70.3 World Championship spot by racing Ironman 70.3 Staffordshire, but don’t expect the multiple world champion to deliver anything less than his best performance.

Domenico Passuello will be debuting his new Bahrain Endurance Racing Team suit. After going into full-time professional triathlon only a little more than half a year ago, the Ironman Taiwan champion who beat Craig Alexander by 11 minutes at Ironman 70.3 Putrajaya now seeks hometown laurels at Ironman 70.3 Italy.

Jodie Swallow is in sharp form for Ironman 70.3 Boulder and as always will be looking to win off the front. Ben Hoffman joins her on the trophy hunt, as well as Bahrain Endurance Racing Team member Paul Ambrose, who is making his first appearance since winning Ironman Australia.