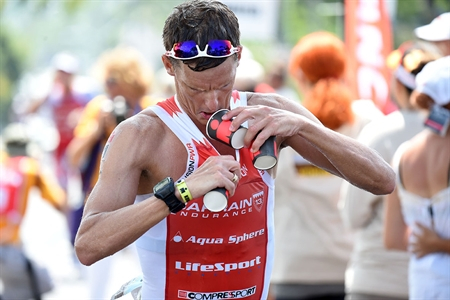 Brent McMahon is looking to defend his title at Ironman Arizona this weekend. After only four weeks since finishing 9th at his first Ironman World Championship in Kona, the Canadian two-time Olympian has been sharpening up to produce yet another fast result. He set a new course record in Arizona last year with the quickest Ironman debut time ever.

He says, “I had so much great training going into Kona that I still feel very strong and that I have a great marathon in my legs. I hope to repeat what I did last year in Arizona and just stick to my plan and race hard to finish — and with any luck go sub-8 hours again.”

Luke Bell will be back on the starting line at Challenge Shepparton. The Australian has held the course record for that race for close to 10 years. He says, “It has been awhile since racing there, but it will be good to get back there to the Shepparton community and have a race at an event with such fond memories.”

Fredrik Croneborg and Paul Ambrose will once again be racing together, this time on the island of Langkawi at Ironman Malaysia. Croneborg says, “I decided quite late to do the race because I did not know how I would feel and how much motivation was left after Hawaii.”

After the two athletes raced Ironman 70.3 Taiwan last week, their respective finishes in 3rd and 5th showed they still have a good race or two left in them. Ambrose says, “My motto when I’m doing efforts in training is ‘Make the last one a good one’ so with that in mind I’ve decided to finish off my year with Ironman Malaysia. It’s been a bumpy few weeks but I hope to put that behind me and have a good race to cap off the year.”