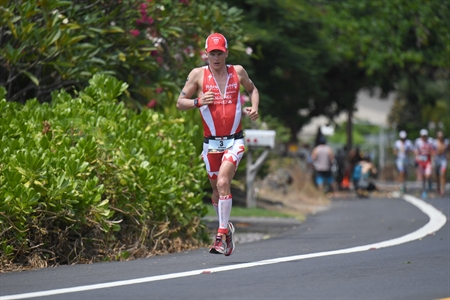 Next level racing this weekend

After strong showings last week from Caroline Steffen finishing 2nd at Ironman 70.3 Subic Bay and Ben Hoffman having a solid hit-out in 6th at Ironman 70.3 Buenos Aires, Bahrain Endurance 13 ramps up the racing this weekend with five of our stellar athletes competing.

Four of them are racing the inaugural Super League Triathlon event on Hamilton Island, Australia. Javier Gomez, Alistair Brownlee, Terenzo Bozzone, and Brent McMahon will be racing hard and fast over three days competing against the world’s champion athletes and best newcomers.

Brownlee and McMahon are both kicking off their racing season at Super League Triathlon.

“I can’t believe the 2017 season is starting and it’s going to to be my fastest start ever!” says McMahon. “Super League Triathlon promises to be challenging and fast and I’m looking forward to both. This will be a great way to kick off the year.” The Canadian with four sub-8 hour Ironman finishes will need to start off hot, unlike the usual build into a long day associated with long-course triathlon.

Brownlee may be more familiar with the heart-pumping, lung-busting sprinting needed for Super League Triathlon’s challenges, but his main concern is now the island’s unique terrain and climate. He says, “Arrived to an island that looks like heaven, but after a course reccy in the heat, it will quickly become hell over three days.”

Gomez has just flown up from Sydney, where he has been preparing for the race. “After 20 years of triathlon racing, I am very excited to race a new format in a spectacular place and against the best triathletes in the world,” the Spaniard says. “It’s going to be different than anything seen before in the sport and I’m proud to be part of it. Three days of hard racing in extreme conditions; it’s going to be epic!”

Bozzone is already anticipating the pain from all-out racing over short distances. “This is going to be a whole new world of hurt for all of us,” says the Kiwi athlete. “Fast times on Hamilton Island! I am honoured to have made the cut to compete with the best athletes in the world and I can’t wait to see how the weekend unfolds.”

The athletes will be racing across three formats: Triple Mix, Equalizer, and Eliminator. Each format presents a different order from the usual swim-bike-run progression, which will challenge their race tactics, fitness, and ability to recover. Bozzone has packed two bikes: a road bike needed for the draft-legal bike legs in the Triple Mix and Eliminator, and a time trial bike for the individual time trial in Stage 1 of the Equalizer. “I am most looking forward to the Equalizer on Saturday where the non-drafting format will play best to my strengths. I just hope I can find a few extra gears so I can mix it up with the boys.”

Meanwhile, Fredrik Croneborg is in Taitung, Taiwan for Ironman 70.3 Taiwan. This will be the Swede’s first half-distance triathlon of the year, and he’s made sure to be fit for it. “It’s a really good start list in Taiwan this year — the best in the history of the race,” he reveals. “It is a race I will need to lift my level to be competitive at.”

Croneborg is the 2013 champion of this race and has also racked up a number of podiums here. He says, “My run in training has been better than in previous years, and I hope it can show in Taiwan.”

If there’s anything these athletes can do, it’s taking their performance to the next level.