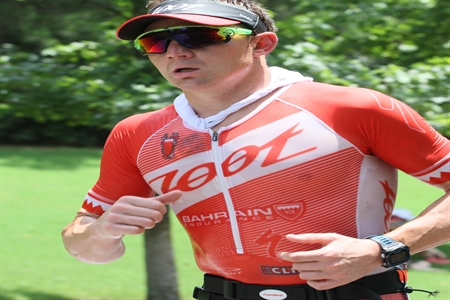 Over the last decade, Europeans and Australians have had a firm grip on the podium at the Ironman World Championship. The last time a North American held the men’s title was in 2003 when the Canadian Peter Reid took his third Kona. The year prior, the American Tim de Boom had won.

Ben Hoffman’s second-place finish last year — the first podium for the USA in five years — has led to high hopes he can end the world championship title drought. Brent McMahon’s maiden entry into Kona has not come unheralded, with two sub-8 hour Ironman finishes under his belt. These two men are poised to be North America’s biggest threats to the podium.

A five-time Kona qualifier, Ben is realistic about what racing Kona entails. “Kona is the ultimate test,” he says. “The conditions, competition, and history make it the true proving grounds for the best triathletes in the world.”

The four-time Ironman champion comes prepared this year with lessons learned from the last. He reveals, “I think it is always important to make some changes and evaluate the areas where improvements can be made. For the race specifically, I think the only mistake I really made last year was perhaps being a little too conservative in the early stages of the bike, which allowed Sebastian [Kienle, the eventual champion] to bridge early and put more time into us.”

Among Kona debutantes, only Brent has posted the fast times that would put him in the Top 10. A two-time Olympian for Canada, he is no stranger to having the hopes of a country pinned on his performance. He says, “I am good racing with or without pressure as I am the one that ultimately puts the expectations on the race.”

Training in Maui and Kona the last few months, Brent has taken a very level-headed approach to preparing for what is the highlight of a long-course athlete’s year. “The key is not trying to do something more in training then you are truly capable of. We are taking a little more time to prepare, and also doing some very specific work on the course.”

Ben has also had ample time to prepare, with almost three months of uninterrupted training. “It has been mostly the same as last year, but I have taken things up a notch for sure to see if I can get that last few percent that I need to take the final step.”

As the days count down, both men look forward to going up against the world’s best, both with the firm belief that they have what it takes to win on this course. Ben says, “There are a lot of factors that make Kona the biggest challenge, but the biggest one is having self-belief. If I get everything right on the day, I think I am a very balanced triathlete capable of a top result just like last year.”

Brent says, “All through my career I learned through my training that I would be a great long-course athlete.  After watching Kona live in 2010 I knew that day that I wanted to come back and that I wanted to win this event. I have wanted to toe the line in Kona for a long time and am so happy that it is almost here.”

Ben concludes, “I want to win at least one world title in my career, and it all starts by lining up in Hawaii.”