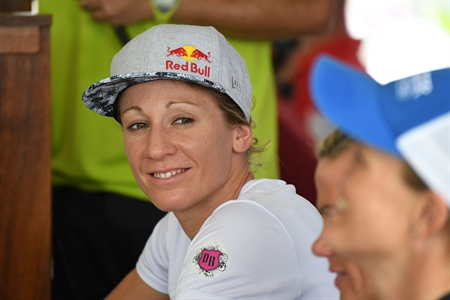 The Bahrain Endurance 13 team are racing all over the world this weekend defending titles and testing fitness.

Daniela Ryf is making a comeback to racing after spending the past few months recovering from a back injury. She is happy to test her fitness at Rapperswil, one of her favorite races and one she has won three times consecutively. “So I want to participate even when I’m not at my best. I want to support those that have supported me,” she says. “I’ve been injured the last three months and happy things are finally getting better. I’ve been training at altitude in St. Moritz for a week now.”

Alistair Brownlee sealed a hometown win in Leeds last year on his way to defending his Olympic gold medal. After three half distance races, the dual Olympic champion is changing gears to mix it up over the short distance once again. “It was the perfect result for me in 2016 to win in my home city and I’ll be doing all I can to repeat it this year,” he says. “The crowds were absolutely fantastic last year and hopefully we will get the same support again.”

Holly Lawrence will take on the historic Escape from Alcatraz. She won here last year against Olympic medal contenders in her lead-up to her breakout win at the Ironman 70.3 World Championship. She says, “Racing the course is the only way to prepare for this race. I hope that my experience last year on the course will help me line up against this year’s fierce competition.”

Fredrik Croneborg is back in action at Ironman 70.3 Japan where he is a frequent podium fixture. The Swede took fifth in Chita last year after a bike crash ten days prior, but with good fitness backing up from a second place finish at the Pattaya Triathlon last weekend, he will definitely once again be a podium contender.

David Plese is building up to his next race, Ironman Austria, in a bid to qualify for the Ironman World Championship. After taking second place at the Keszthely Triathlon last year, he returns to race this half-distance event as a fitness checkpoint. “It will be good to see where I am three weeks before my next Ironman,” he says.