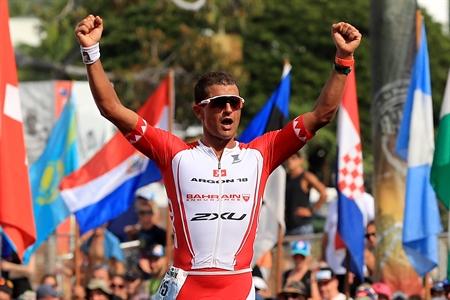 Season on for Gentle, Bozzone and Kanute

Bozzone is logging his tenth appearance at what he considers his home race in Taupo. This is the Kiwi’s first race back since the end-of-season racing rampage that saw him claim two golds, including a successful Ironman title defense, and two silvers over four weeks at the end of 2017.

“Since my step up to the full Ironman distance in 2009, I have not missed a race in Taupo,” Bozzone says. “With my younger brother, Dino competing in his first ever Ironman I really wanted to be a part of the action. The build up has been short and with qualifying for Kona somewhat sorted I have kept the pressure off myself for this weekend’s race but looking forward to testing a few different nutrition and race strategies to see where I can make improvements over the full distance.”

Bozzone has placed second three times and third once in his long history with this race. Will this be the year he breaks his bridesmaid curse here?

Gentle and Kanute both hit the race circuit this weekend at WTS Abu Dhabi. Bahrain Endurance 13’s two newest athletes are revving up for their respective season plans.

Gentle, currently ranked at #2 in the World Triathlon Series, is preparing to represent Australia at the Commonwealth Games. After her first win this year at home in a local sprint race, she is looking forward to her first big test.

“I am really happy to be racing the first WTS race here in Abu Dhabi and to be representing Bahrain Endurance 13 alongside Ben Kanute,” she says. “It’s my first real test of the year; I wanted to line up with the world’s best before my final preparations into the Commonwealth Games.”

Kanute is juggling both short and middle distances this season, chasing titles in both. After Abu Dhabi, the American is off to race Ironman 70.3 Texas, then will be back to the short stuff at WTS Bermuda. “The team has already had a lot of success early this year, and I am looking forward to seeing where I am at!” says Kanute.

Alistair Brownlee has pulled out of WTS Abu Dhabi, citing a calf pull. “There’s no chance of me not putting everything into a race and doing further damage,” he explains. With the Commonwealth Games on the horizon, he will instead head directly to Noosa, Australia to commence his final preparation for them.