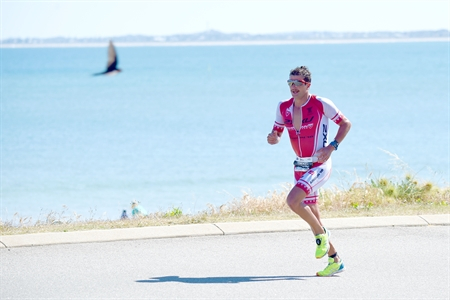 After taking a strong second to six-time champion Jesse Thomas at the Wildflower Triathlon two weeks ago, Terenzo Bozzone is fit and ready for the Ironman North American Championship in Texas on Saturday.

The Kiwi is seeking to lock out his qualification for the Ironman World Championship, as the winner of this race gets an automatic spot in Hawaii. However, Bozzone feels less stress going into the race. He says, “I feel I am able to approach the race with a lot less pressure and expectation than I chose to put on myself leading into my home race in New Zealand.

“After crashing my bike three days before Kellogg’s Nutri-Grain Ironman NZ in March and not being able to race to my full potential on my home course, I am looking forward to racing another Ironman. There is a very tough and deep field on the start list and the temperatures are going to bring some extra heat to the race, but I can’t wait for this new challenge.”

After severe storms flooded most of the planned 112-mile bike course, Ironman Texas organizers have announced a modified 94-mile route for race day. Bozzone lines up alongside 52 other starters, including defending champion Matt Hanson.