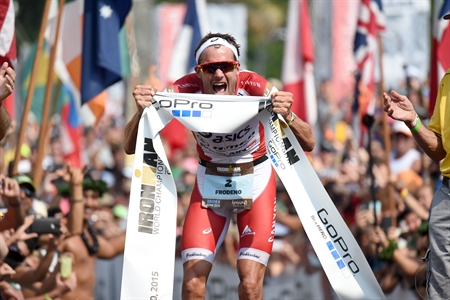 World champions Jan Frodeno and Javier Gomez take to the race course again after time off from injury, Sam Appleton and David Plese hit some mid-season half-ironmans, and Fredrik Croneborg backs up from his full distance win.

Frodeno will be on the start line at Ironman Lanzarote. After sustaining a calf muscle tear in March, the reigning Ironman world champion sat out Ironman South Africa where he had planned to validate his automatic entry for Kona. Lanzarote is a few months out from his planned world record attempt at Challenge Roth, which should allow Frodeno enough time to be in peak condition for it and for the Ironman World Championship in October.

“I’m content to be at a start line after my calf injury kept me at bay for longer than I hoped,” he says. He plans to swim and bike hard, and if situated well in the race will assess if a win is within his grasp. “The objective here is to validate my Kona spot regardless of my position but as you know me — if I’ve got the legs, I’ll turn on the pace.”

Gomez has held off on racing early this year, but with less than three months to go until the Rio Olympics he will test the waters at the Gran Prix Dunkerque this weekend. He says, “I always enjoy racing in the French Gran Prix races. They are really fast and include many of the best triathletes in the world. The swim is always hard from the start in order to make a breakaway for the bike.”

The Olympic silver medalist is making sure he peaks in time for a gold medal attempt in Rio. “The goal of this race is to test myself and to get back into racing, no matter the result.”

Appleton continues his racing season at Ironman 70.3 Chattanooga. He says, “I have done a really solid training block and I feel like I am in great shape to be really competitive.” While building up for the 2016 Ironman 70.3 Championship on the Sunshine Coast in Australia, he is already scouting the next year’s Worlds venue. “I’m excited to go check out Chattanooga 70.3 this weekend. It’s the location of the 70.3 World Championships next year so I am going to get myself familiar with the area and the course.”

After racing Ironman South Africa, Plese has set his sights on Ironman Austria next month. He will race Ironman 70.3 St. Poelten this weekend. “I’m doing St. Poelten in Austria as my preparation. It will be time to test my legs. I had some rest after my first block. Now it’s time to see where I am and get strong and fast again.”

Croneborg revs up his speed again at the Pattaya Triathlon, backing up after his come-from-behind win over the full distance at Challenge Taiwan.