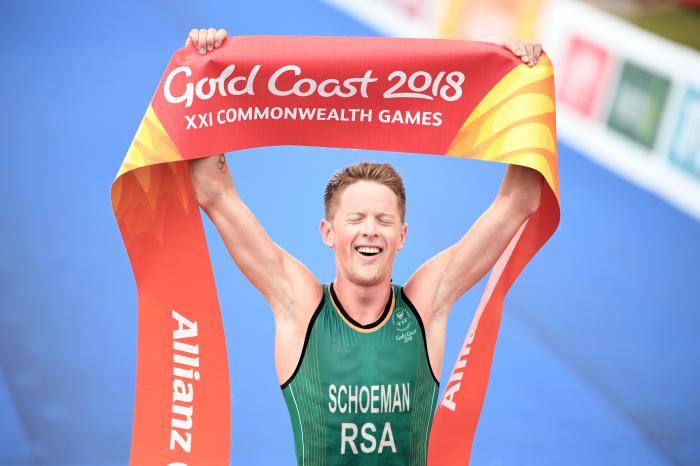 The Bahrain Endurance 13 team returns for a landmark seventh year with an all-star roster of athletes racing to win championship titles, while promoting the attributes of endurance sport across the globe, and being great role models both on and off the race course.

“It’s great to become part of Bahrain Endurance 13, a team full of champions and amazing athletes. Our relationship starts at a very significant time in my career as I find myself competitive across the Super League, Olympic and now 70.3 distances of triathlon. I’m really excited about the coming years with the team as I am passionate about sharing the values and benefits of sport and triathlon and offering inspiration to the younger generation,” said Schoeman.

Paratriathlon world champion Lauren Parker [AUS] has her sights set on gold in Tokyo for triathlon, but also for paracycling as she campaigns for selection in the time trial and road race events. Beyond that, she aims to defend her world title as well as race both the Ironman and Ironman 70.3 world championships.

Dual world champion Vincent Luis [FRA] wants to add an Olympic gold medal to his resume — perhaps even two, as part of France’s individual and mixed relay team. Joining him on the Bahrain Endurance 13, compatriot Cassandre Beaugrand is part of the mixed relay world champion line-up that also won the Tokyo test event to make them heavy favourites.

One Olympic Games wiser, Kristian Blummenfelt [NOR] will feel that much more prepared for an assault on gold. Fellow Rio Olympian Tyler Mislawchuk [CAN] rounds off the new additions to the team as he ramps up to convert his Tokyo test event win into a gold medal.

“The opportunity to be part of the Bahrain 13 Endurance Team is a great privilege,” says Mislawchuk.

“Some of my new teammates were World and Olympic champions before I even began my journey in triathlon. Standing on the start line wearing the Bahrain Endurance 13 kit will push my limits and bring out the best of me as an athlete. As I go into one of the biggest years of my career, it is an honour to be named alongside the biggest names in our sport.”

Ironman world champions Jan Frodeno [GER] and Daniela Ryf [SUI] once again lead the team charge in the hunt for major long-course titles, as Frodeno aims for his fourth Kona win and Ryf another world championship double at Ironman 70.3 and Ironman. Holly Lawrence [GB] seeks to add another Ironman 70.3 world crown to her collection alongside winning the regional championships — and perhaps her Ironman distance debut.

After the Tokyo Olympics, both Brownlee and Gomez will need to make a quick transition to long-distance fitness to execute their Kona ambitions. Ironman champion David Plese [SLO], who completes the Bahrain Endurance 13 team roster, will join them on the starting line.

Team CEO Chris McCormack says, “Seven years is a significant amount of time in all sport, but it is a very long time in endurance sports. The Bahrain Endurance 13 team was a disrupting idea for the sport of triathlon from the beginning and ultimately saw the launch of five other professional racing teams since. We continue to lead the way as the gold standard for success.

“It’s always a revelation to see what new members bring into the team dynamic. Their youth, drive, physicality, and individual personalities energise and motivate us all, but more so the development of younger talent is amplified when they are exposed to the winning culture and high performing ways of their team peers. The entire team dynamic is infectious and creates an amazing environment for athletes to thrive in.

“We have seen a huge uptake of sport in Bahrain since we first started this team and our patron His Highness Shaikh Nasser Bin Hamad Al Khalifa has led the Kingdom down a path of health, activity and opportunity. We are thankful that HHSN continues in his commitment towards driving health and wellness not only in the Gulf region, but globally. The Bahrain Endurance 13 team continues to be a pride of the Kingdom’s growing tenure in sports globally.”